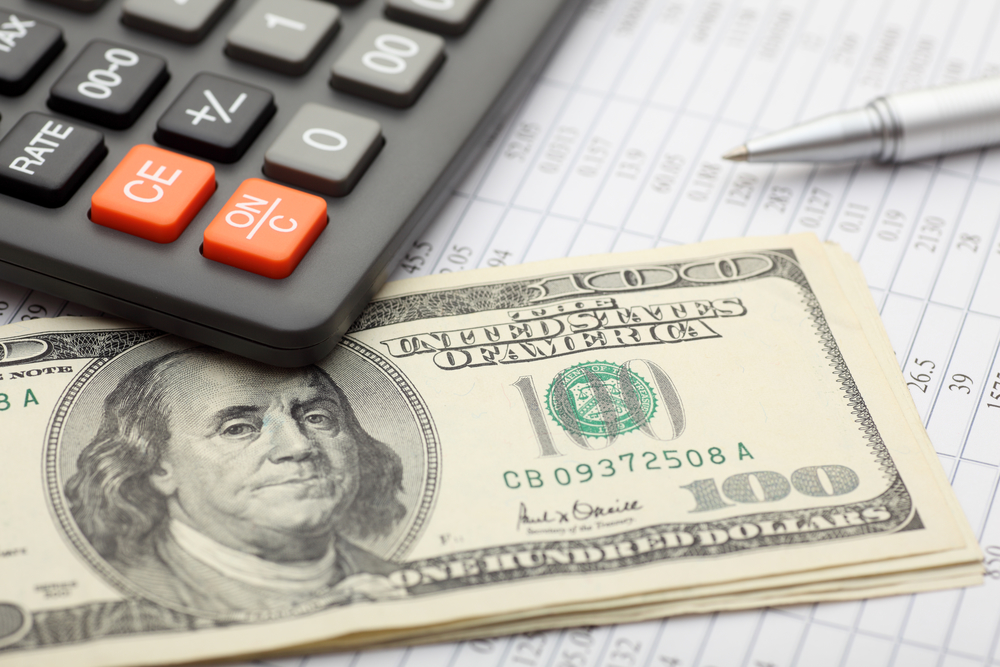 It’s easy to feel safe and comfortable living in our little bubbles in a great civilization like America. But just how great is America actually? In recent years America has become shackled by record amounts of debt. Experts think that debt could grow to a staggering $27.3 trillion, over the next ten years. In fact there is an economic slowdown worldwide affecting South America, Europe and Asia, as well as North America. The signs of imminent collapse are difficult to see and no one will be able to predict it. When a U.S. economic collapse occurs, it will happen suddenly and it won’t be pretty. Here are 17 reasons why you should prepare for an economic collapse. 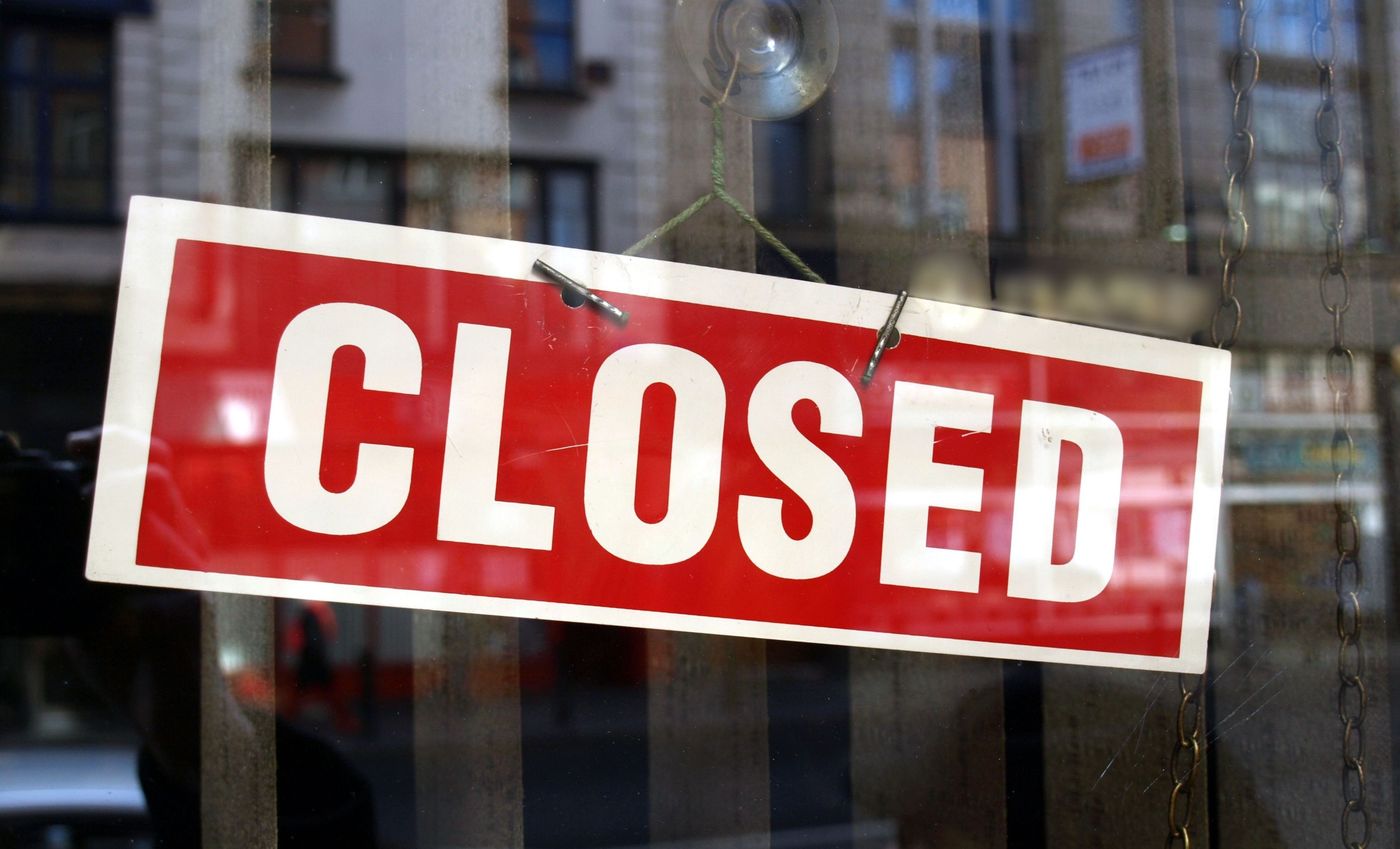 During an economic collapse the U.S. dollar could rapidly lose value and create hyperinflation. People will panic, and try to do everything they can to get their hands on cash. This could create a bank run and force banks to close or even go bankrupt. Of course this cuts off lending and even stops cash withdrawals.

2. Food will be in Short Supply 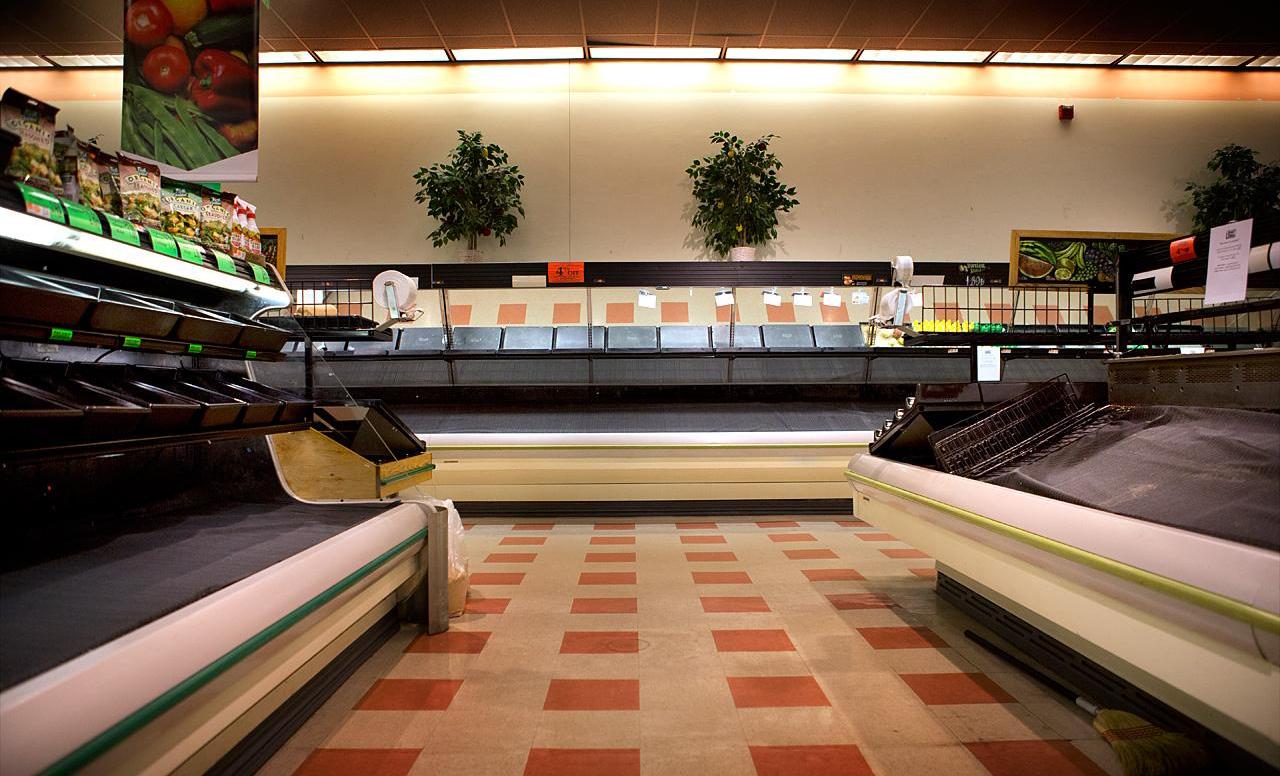 For confirmation just look at Venezue﻿la. Dozens of articles on the internet highlight the starving people, empty grocery store shelves and long lines. People have even been driven to hunt dogs, cats, and pigeons for food, and visitors to a zoo in Caracas reportedly stole a horse and killed it for it’s meat.

3. There will be a Lack of Medicine

As evidenced from collapses in Venezuela and Greece, the supply of medications is heavily affected in an economic depression. If our currency loses its value and banks shutdown, there’s no way to pay the suppliers of medication, resulting in a critical lack of important medicines. Seeing as Americans buy much more medicine per person than residents of any other country in the world, with about 130 million Americans using prescription medications every month, according to the U.S. Centers for Disease Control, and 3.5 billion yearly prescriptions according to IMS Health, a pharmaceutical consulting company, a lack of medication during an economic collapse would have enormous repercussions for most of the population.

Already the International Water Management Institute, the world's leading body on fresh water management, has said water scarcity was increasing faster than expected."… some countries have already run out of water to produce their own food. Without improvements the consequences will be even more widespread [like] water scarcity and rapidly increasing water prices," said Frank Rijsberman, director of the institute. Moreover, the OECD’s “Strategic response to the financial and economic crisis” fails to mention water at all.

5. Power will Go Out 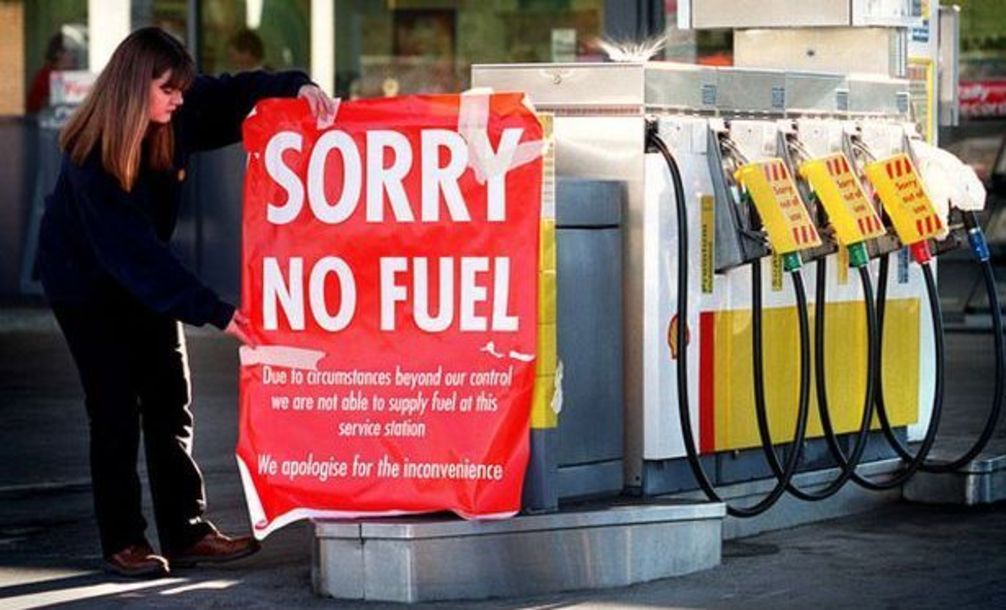 An economic collapse means high demand but low supply of essentials like fuel. If the collapse affects local governments and utilities then electricity will be affected. With no fuel or money to pay workers we have no grid at all.

6. There will be a Lack of Communication 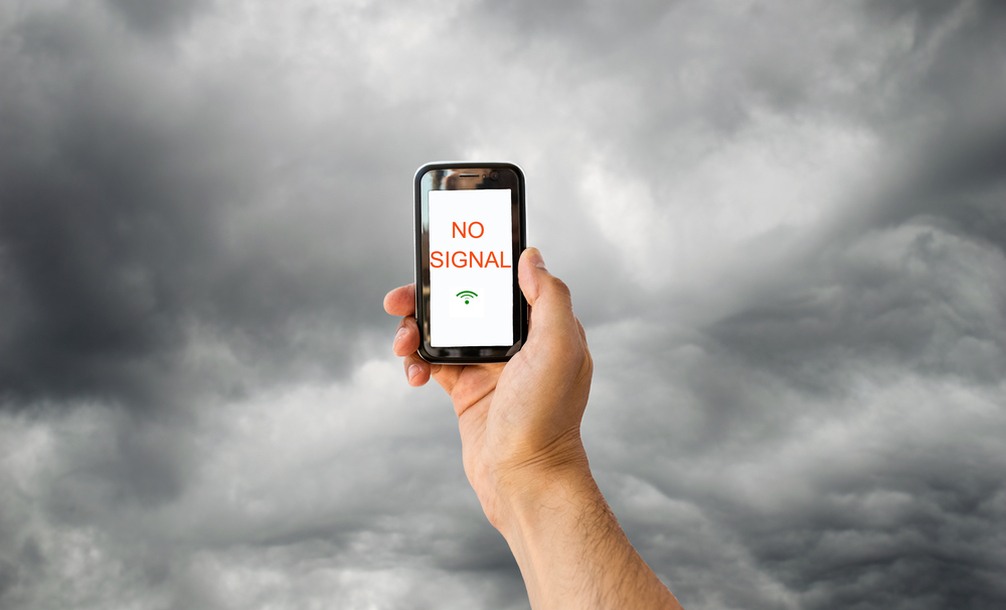 If the grid goes down this will obviously affect communication as there would be no power for cellphone towers or the internet. However, even if the grid does not go down communication can still be affected. For example, in Venezuela many people are unable to make international phone calls because the government and the phone companies are in a dispute over currency rates and regulations.

During the Great Depression unemployment was a record high at a rate of 25 percent. The US began it’s recovery in early 1933, but it did not fully recover for over a decade, with an unemployment rate of about 15 percent seven years later. This highlights how an economic collapse today will mean an unparalleled job shortage that could take decades to correct itself. 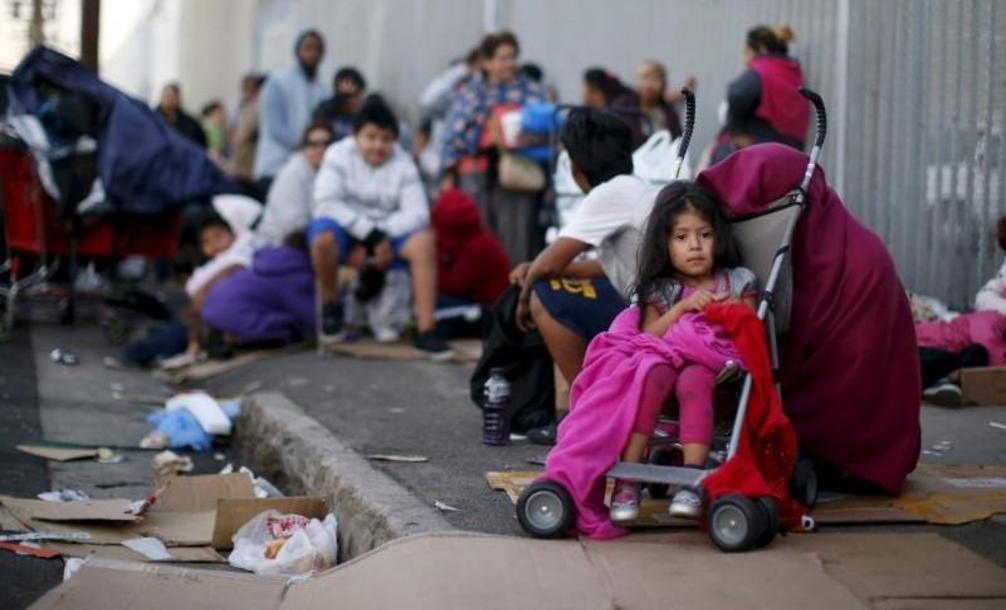 One of the major consequences of losing your job is being evicted from your home. During an economic collapse America will see a great spike in the rate of homelessness, just as they did during the Great Depression. As the economy collapses today, a new homeless class will be burnout of the former middle class. We will see a shift to a large amount of properties being subsequently owned by very few people;thus introducing feudalism to our country. 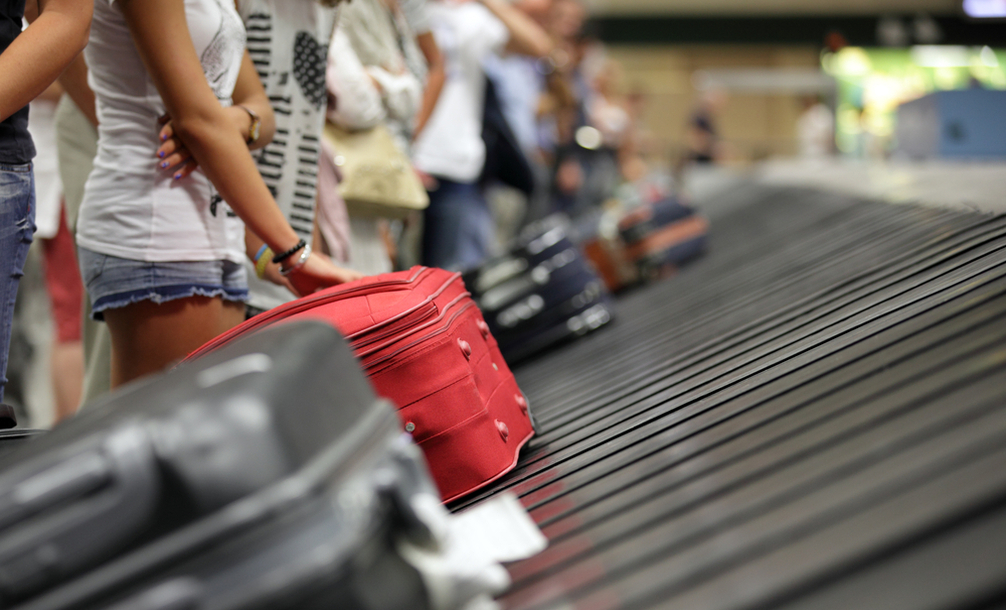 During an economic collapse the government can suspend or remove passports and impose other restrictions inside the country itself like highway checkpoints. Once again, Venezuela’s economic collapse highlights this government measure. The Venezuelan government restricts vacationers planning trips to Florida,Colombia, Costa Rica, Panama, and Peru to a spending limit of US$700 on credit and $300 cash. These spending limits are another attempt by the government to stop the capital flight out of Venezuela. Luis Ramirez, president of the Venezuelan-American Chamber of Commerce of the United States, said these regulations will cost Florida about a billion dollars in lost revenue.

10. Confiscation of Wealth will Happen

Wealth confiscation can be described as an international form of governmental theft. In October of last year the IMF released it’s Fiscal Monitor Report, stating,“The sharp deterioration of the public finances in many countries has revived interest in a “capital levy”—a one-off tax on private wealth—as an exceptional measure to restore debt sustainability… The tax rates needed to bring down public debt to pre-crisis levels are sizable. Reducing debt ratios to end-2007 levels would require a tax rate of about 10 percent on households with positive net wealth.” In other words, the IMF wants to take 10% of your private savings on top of the taxes you’re already paying. The report continues to build a case for radical measures and suggests a series of mounting income and consumption tax increases – culminating in the direct confiscation of assets. This has already been implemented in G﻿﻿reece after their economic collapse, so when an economic collapse hits America, desperate governments will be able to gain unprecedented access to your personal savings. 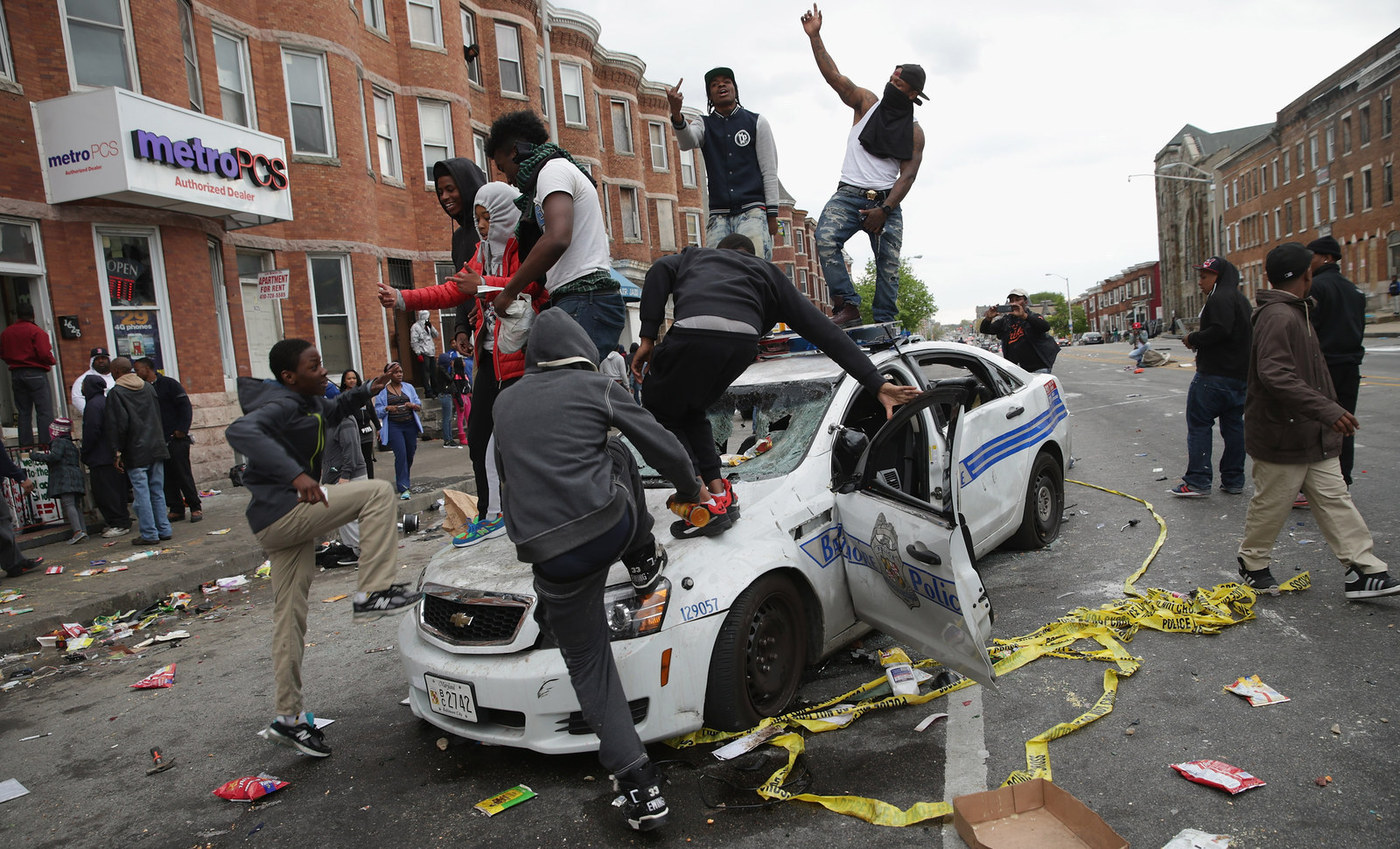 Riots have rocked places like Ferguson, Missouri and Charlotte North Carolina already this year. Highlighting how a single event can spark social unrest. An economic collapse would affect so much of the USA that we would see unprecedented riots and violence throughout the country leading to severe injury and death.

12. Martial Law will be Implemented

Before, warnings of economic collapse, the idea that Americans could be classified as terrorists and detained or killed, and the fact that the government was stockpiling weapons was considered fringe theory reserved for alternative (conspiracy) news. However, today more information is making its way into mainstream news with some of the most influential journalists and commentators in the country discussing these factors, including Rush Limbaugh, Sean Hannity, and Mark Levin. Therefore, we now know about President Obama’s ‘Doomsday’ executive order which allows the seizure of food, land, energy resources and skilled laborers; we know that the Pentagon is actively simulating economic collapse scenarios and the civil riots that would follow; we know that the US military is training tens of thousands of soldiers for domestic urban response, riot control and mass detentions; and we also know that the Department of Homeland Security acquired over 140 million emergency rations, 450 million rounds of ammunition, bullet proof checkpoint booths, and expedited the regionalization of supplies.For the last decade the US government, has been moving closer and closer to what can only be deemed a police state. Thus, when the economic collapse happens and the riots start know that the government is ready to implement martial law.

13. Government Assistance Will Dry Up

Like any individual the government needs an income stream to provide for it’s people; that income is based on taxes and borrowing money from creditors. Tax revenues are already falling because of negative economic growth, and soon we will reach a point where the government has taken on so much debt that their creditors will no longer lend them money. Once this occurs the government will virtually be left with no income. If the government loses their sources of income they won’t be able to maintain nutritional assistance, health care, and social security benefits. 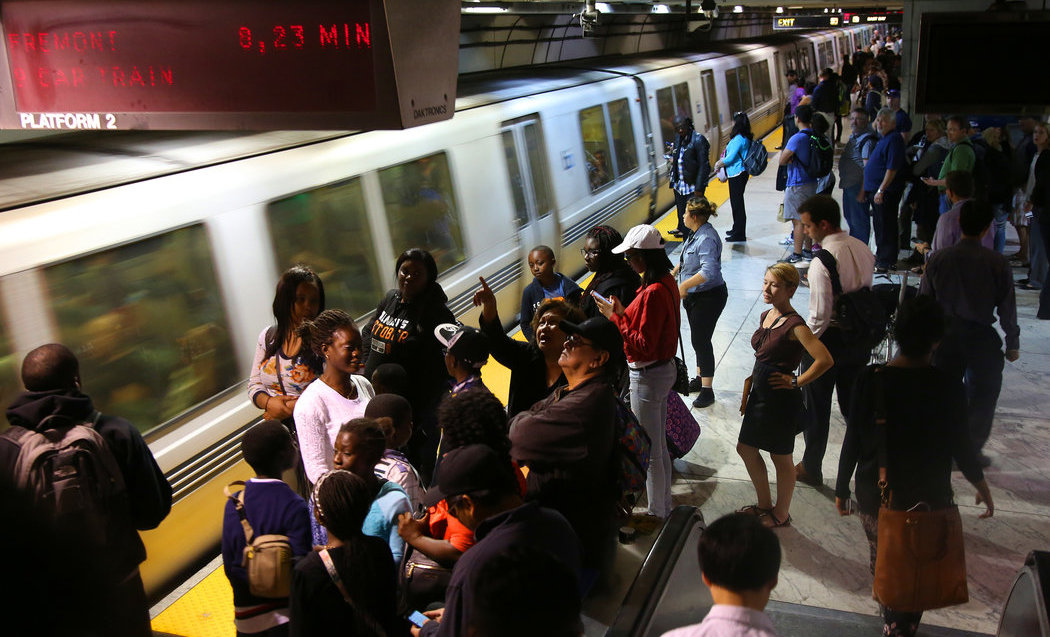 An economic collapse will affect all forms of transportation in multiple ways. Roads will go unrepaired, gas prices will skyrocket and force more people to use public transportation. Due to lack of investment, corruption, and politics getting in the way of doing things properly,public transportation services will be overwhelmed,causing increased train accidents and bus and subway breakdowns. Due to budget constraints we will see an increase in striking workers, which leads to unrepaired roads, and causes travel by bus, subway, and airlines to become unreliable. Furthermore, there will be more bottlenecks on the roads making carjacking’s and muggings more common as thieves learn where people will be forced to stop. 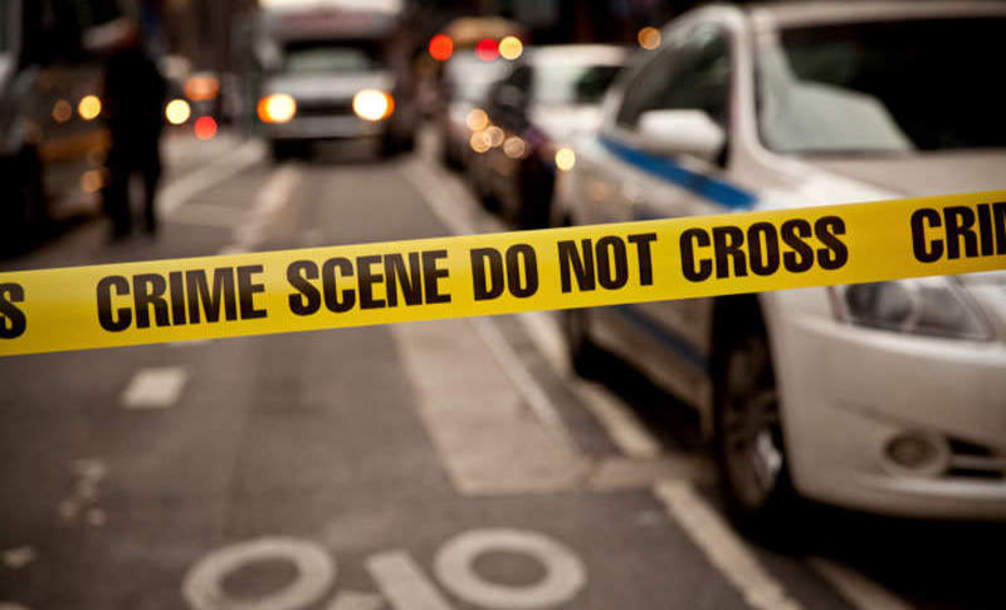 When an economic collapse strikes you will surely see an increase in criminal activity. People become desperate to feed themselves and their families and will often do whatever it takes, even if it is illegal. As we mentioned above there will be more incidents of violence, looting, robberies, and muggings.However there will also be increased opportunity to sell goods on the black market. For example, once again, in Venezuela those that are willing to stand in long lines to buy the cheap government-regulated goods know that they can resell them for a profit. Many people will form alliances and use their contacts to acquire more than the allotted amount and then sell them at double or triple the price to those that can’t afford to take time off and stand in the long lines themselves.

A report issued by the Centers for Disease Control and Prevention in 2011 found that the overall suicide rates rise and fall with the state of the economy. The report was published in the American Journal of Public Health, and found that during economic crisis suicide rates soared: the Great Depression (1929-1933), the end of the New Deal (1937-1938), the Oil Crisis (1973-1975), and the Double-Dip Recession (1980-1982). During times of economic strength, such as after World War II and in the 90’s those rates tended to decrease. NBC News reports that, “the latest numbers suggest suicide rates for middle-aged Americans now surpass the peak during the Depression.”In 2009, 154.4 million people were part of the US work force. Obama had warned that,“the unemployment rate will explode to at least 10% in 2009″.10 percent of 154 million is 15 million people out of work, which means more people were out of work in the Great Recession than during the Great Depression. Imagine then what the suicide rate might look like during a full-scale economic collapse.

17. Old Fashioned Skills will be Needed 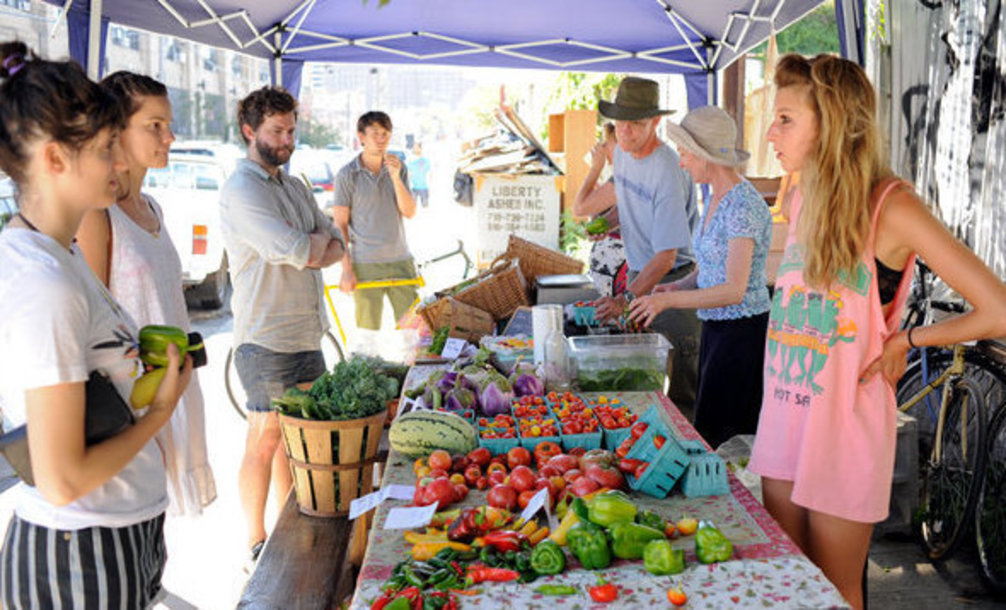 A financial collapse of the regular system will always lead to secondary markets and individual barter. Bartering and networking are the most powerful tools for countering the effects of depression, hyperinflation, and lack of goods. Once the grid goes down and our currency is worth nothing, supplies will only last so long. Very few people have enough money required to stockpile enough goods or gold and silver to live indefinitely, so it is important to be able to either make a necessary product, repair a necessary product, or teach an important skill.If you wish to survive after the collapse of society, we must make a return to the American tradesman. Without independent, and self-sufficient people, this country will cease to exist.

Thus we have come to see why being prepared for an economic collapse is essential. Not only will it ease the burden of uncertainty we will face in the aftermath but also it’s the only way to survive. The have’s will be forced to protect themselves from the have not’s and the government cannot be counted on. Although it sometimes hard to look beyond the comforts we are surrounded by now, once we do, we realize that economies are slowing around the world and an economic collapse in the USA isn’t so far fetched. So start preparing and stay safe! 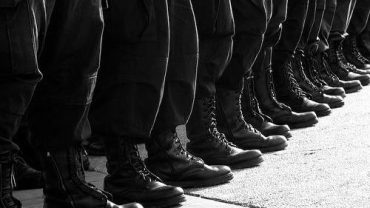