If you’re on your feet for an extended period of time, there is nothing more important than that the shoes or boots you’re wearing are comfortable. No organization in the world understands this like the military and those who seek to supply them.

The military takes normal people and tells them to carry an eight-pound rifle, twenty pounds of body armor, and around fifty to ninety pounds of ‘other’ gear, and then to carry it around the most awful conditions that the world has to offer, and because of this, combat boots tend to be some of the best boots for keeping your feet comfortable and your ankles supported while carrying extreme loads on ridiculous terrain.

Whether you are looking for nice boots for hiking in, or you’re looking for a pair of boots to take into combat, the Belleville One Xero 320 Ultralight Assault Boots are a good choice for a variety of reasons, especially when compared to standard issued boots from companies like Altama. A lot of the improvements that they are able to offer come from literally a century of experience in the market. Belleville has been making boots for military use since World War I, and in World War II, they were one of only five boot companies (out of almost 100 that the Army and Navy were buying boots from) to receive the Army-Navy ‘E’ Award.

In 1991, they would again receive an award from the Department of Defense, this time for not only meeting an accelerated deadline for a huge shipment, but doing so without a single boot (out of a shipment of 650,000) failing to meet the government quality standards. At this point, they sell an astonishing ONE MILLION pairs of military boots annually. The point is that they know a thing or two about making a good pair of combat boots, and about the market for them.

Now, before we get too far into this review of these boots, I’m sure that there are some military folks out there who are asking ‘are these boots AR 670-1 compliant’? The answer to that question is that yes, they are as of the newest update (2017). Belleville is, in fact, a brand that the military issues, which means that not only are they compliant with the newest regulations concerning boots, but it also means that figuring out your size is as easy as pulling off your last issued boots and ordering based on that size.

So, what do these boots offer you? Here are a few ways that they stand out.

It doesn’t sound like much if you’re not in the military or a hiker who goes long distances, but those ounces add up. They especially add up if you’re taking 30,000 steps or more at a time.

The Belleville One Xero 320’s are lighter than most boots on the market, weighing in at 40 ounces total for the pair. That means that the pair of boots weighs in at 2 and a half pounds. This is pretty amazing, when you consider that a lot of standard-issue combat boots began around 36 oz. per boot.

It may not seem like a lot when you’re thinking about just walking around the yard, or about a three-mile hike. But imagine how much that extra 2 pounds difference will make when you’re doing a 30-mile long ruck with full kit, and you begin to see that having a lightweight boot is something that most people will sell their souls for. I’ve done forced marches with old Altama Jungle Boots, and after a couple of miles, your legs begin to feel a bit heavier than they should. After 10 miles or so, your legs begin to feel like cement, with cement blocks at the end. Light boots will help you to be able to keep up the pace, even in rough terrain or on challenging inclines.

Light boots are also great when trekking through mud or dirt that tends to cake into your footwear. Really, there are not many situations that I can think of where I wouldn’t prefer a light boot to a heavier one. Whether you’re hiking over tough terrain or fighting your way through the mountains of Afghanistan with a combat load, there’s a reason that a boot is better than a camouflaged running shoe. The boot provides something essential to someone on the move; ankle support.

A boot, properly (tightly) tied, provides additional support to your ankle while it’s on the move over rough and uneven terrain. This serves to prevent sprains, which can be painful at best, and debilitating at worst. The Belleville One Xero 320 provides the ankle support you need, no matter what use you may be putting this boot to, protecting you from falling behind on a march or having to take an extended rest on a hike to wait for your ankle to feel better. Vibram makes some of the best soles that are out on the market today, and if you’re doing any hiking, especially hiking with a full pack, body armor, gear, and rifle, you’re going to need a good sole. The best way to prevent foot and ankle issues (such as plantar fasciitis) is to have a sole that is not only thick, but that does a good job of properly distributing the forces of impact from a footfall along the entire foot.

Vibram has a long history of making such soles. In fact, when it comes to finding good boots for dealing with plantar fasciitis, their soles are one of the best indicators that the boot will be good for you if you suffer from such issues. Vibram outsoles are designed with proper dispersal of the forces of impact in mind, which prevents undue stress on the joints, or concentrated stress in certain parts of the foot.

Again, if you’re just walking around your house or mowing your yard in this boots, you probably won’t notice much difference between these boots and your run-of-the-mill boots bought at the surplus store or wherever. However, when you’re spending a lot of time on your feet, that Vibram Incisor sole begins to really earn its pay.

The last few engagements that America has fought have been fought in hotter climes. Vietnam, Panama, Somalia, the original Gulf War, the new Gulf War, the list goes on and on. Such fights require that you have boots that are not going to keep in moisture, boots that will do their best to keep your feet cool and to wick away moisture.

A failure to get a booth like that will, eventually, lead to things like trench foot (which doesn’t require cold, and can occur in water temperatures up to 60 degrees) or other damage to the foot. Yet again, to the casual user of these boots, moist feet don’t really matter much; they’ll be able to get out of them soon enough, and that means that they won’t have to worry about serious damage to the feet, or blisters caused by humidity, or anything similar. But to someone who may be hiking for long periods of time, the feet will become sweaty, and if that moisture isn’t wicked away from the feet, it can do some damage.

Any good combat boot should be sturdy. If it falls apart after about a hundred miles of wear, like your average tennis shoe or gym shoe, then it’s a waste of money. If the rubber sloughs off, or the sole separates from the boot, it’s not worth the money.

With the change in military issue boots from the black ‘leather’ of the Cold War Era to the ‘rough suede leather’ look that has been adopted since the beginning of the Global War on Terror, boot materials have seen great improvements. The Belleville One Xero includes the usual rough suede leather construction which has become so popular in the desert theaters of war. The construction of the rest of the boot is nylon, which is lightweight and helps to keep the boot cool while you’re on the go.

Inside the boot is a polyurethane insert. The midsole is also constructed from polyurethane, and the outsole is the Vibram Incisor mentioned before. The boot is built to be both light and to stand the test of time, which may be why it is so popular. Now, if you are looking for a boot to just wear around when you’re hiking or things like that, then you may not care very much if it is uniform compliant or not. But if you’re in the military and you’re looking for a new boot for use in the field or garrison, then you will be happy to know that besides being Berry Amendment compliant and being extremely light, this boot conforms to uniform regulations as of February of 2017. Keep in mind that Belleville is one of the companies that, like Altama, the military has long used to provide their issued boots, which means that they aren’t likely to suddenly be out of regulation in the near future. If you’re looking for some good boots for military use, these are a good set of boots.

Above all else, the best thing that these boots have to offer is that they are not only comfortable, but they are light. I know that I have hammered this point repeatedly, but whether you’re going to be hiking out in the wild or you are going marching with a ruck, weight matters. The less your boot weighs, the longer you can hike in it, and this boot is a valuable addition to any kit. Plus, they’re very reasonably priced, which is always a nice touch when you’re trying a new brand of boots for the first time. 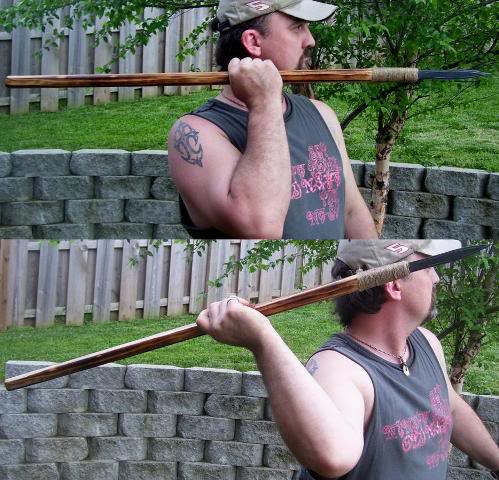