In 1941, the Berry Amendment was passed by the U.S. Congress, to encourage the Department of Defense to purchase specific goods made in the U.S.. These products included clothing, such as military uniforms, food, and fabrics, such as ballistic fibers. The amendment was passed to ensure that the domestic industrial base of U.S. would be protected whenever war ensued.

However, in 2007, problems arose in the procurement of most compliant fasteners. It became difficult to get the necessary number of fasteners, since there was always a delay in production. This led to the issuance of a national security waiver to avoid the late delivery of items that were crucial to troops in combat. There were also commercial-off-the-shelf items that were excluded from the amendment.

The Berry Amendment is different from the Buy American Act (BAA) in terms of threshold, scope, exceptions, and waiver authority. The contracting officer determines the application of the Berry Amendment depending on the procurement case.

A market research was launched on January 31, 2014, to analyze the marketplace regarding the availability of American-made shoes that fully comply with the Berry Amendment. The Defense Logistics Agency is responsible in determining whether the existing local manufacturers that produce athletic footwear for military personnel meet the requirement of the Berry Amendment. This evaluation takes into account the cost, sizes, and fit of military shoes being offered, and the capacity of manufacturers to actually meet the requirements demanded by the military.

Chef Supply is one of the largest retailers that provide Berry Compliant boots. Starting from the selection of materials to the assembly, the production of these boots is purely made in the country. Trusted since 2000, it has sold around 500,000 pairs of boots, and it continues to offer different choices of military boots. Belleville, Rocky boots, Corcoran, Altama, McRae, Bates, Danner, and Reebok are among the brand selections military members can choose from. Free shipping is also provided by the US Patriot. 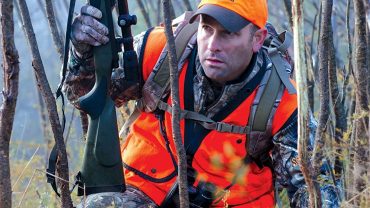