Fishing is a discipline that has been around for a very long time. Records and studies suggest that angling dates back to the Upper Paleolithic period, about 40,000 years ago. The curious thing is that, from then until now, fishing methods are relatively the same; our predecessors also used hooks, and while these were carved out of bone at the time, they were used in the same way as modern anglers do, by attaching them to a line, and reeling in the fish that bite.

Here is a list of the Best Fish Finders under 300

The main advantage that anglers have today over fishermen of olden times is the technology that supports their trade. While ancient fishermen relied on a pragmatic approach to this art, we modern anglers have gadgets at our disposal that can make our fishing experience a more pleasant and less-frustrating one. Case in point, the fish finder.

Fish finders are the quintessential tools for modern fishers. They are used by both sport and commercial fishermen, and function by converting electric energy in into a soundwave that is unleashed into the water. The waves that are reflected back by objects underwater, such as fish, debris, or the seafloor itself, are then picked up by the instrument and shown on the screen. Fishermen don’t have to spend hours blindly trying their luck to catch some fish; they can just fire up their gadget, and zip straight to where the fish are. Technology is a wonderful thing indeed!

There is a real problem with fishfinders though; there are way too many of them available for purchase! Deciding which one to get can be a very trying endeavor, especially if you’re just starting out as an amateur fisher, and don’t know exactly what to look for. If you are in the market for a fishfinder, and don’t want to break the bank in the process, then this article is definitely for you. I will try to find the very best fish finders, for the lowest prices, and give a brief overview of their perks, features, and shortcomings. The Striker series of Garmin are among the newest line of fish finders in 2016. The Striker 4 is the most basic unit in the series, which evidently also makes it the most affordable one. But don’t the price tag dissuade you; this fish finder will be one of the best finders you can possibly need, without investing an exorbitant amount of money.

The screen is small, measuring only 3.5 inches, which makes it smaller than some smartphones. However, the 480*320 pixel resolution, HVGA coloring, and backlit screen more than makes up for its size. This combination of technologies offer a crystal clear image during all your fishing trips.

The onboard sonar technology allows the Striker 4 to detect fish and other objects up to a depth of 1,600 feet in freshwater, and 750 feet in saltwater, which puts it in a very respectable place among fish finders in the same price category.

This fish finder uses CHIRP sonar technologies to detect fish underwater. In my opinion, this sonar’s efficiency allows the gadget to offer performance comparable to other, higher-end fish finders, such as the HELIX 5 series by Humminbird. I particularly enjoyed its precision while detecting schools of fish. On other sonars, they would just appear a bigger fish, but with the Striker 4, you can actually tell it’s a group of smaller fish huddled together.

Most customers that purchase this product commonly comment on the fish finder’s ease of installation and omni-directional mount. Many also remark on the finder’s precision and, while it doesn’t feature maps, the GPS function allows for easy tracking and setting of waypoints. Raymarine is famous for developing and implementing in their sonars their own proprietary CHIRP Sonar technology, aptly named the Visionality. Visionality was developed from the award-winning DownVision Sonar technology that Dragonfly used on their gadgets up to that point. Dragonfly usually deals in high-performance fish finders that are used by veteran anglers. In 2015, they introduced to the market a line of fish finders that featured their amazing CHIRP sonar technology, but at an affordable sub-$200 price range. The Ray marine Dragonfly 4DV Sonar uses DownVision, and while it doesn’t have the perks and feature of its newer cousins, it still features considerable performance for the price tag. The specifics are as follows:

The 4.3 inch LED backlit display is a leap forward from our previous entry. The screen itself is tightly bonded to the device, and offers a clearer image in wider viewing angles than the competition, and with no internal fogging whatsoever. When referring to screen sizes, I personally believe that bigger is better; there is so much more you can do when being able to see more information at any given time.

The onboard DownVisionSonar technology allows this fish finder to detect objects up to 600ft in depth in ideal conditions, which is a godsend, especially among those who regularly fish in creeks, rivers, or other small angling spots.

The DownVision Sonar Technology offers photorealistic images from bank to bank, high-speed tracking and very clear deep water resolution. This fish finder also features a temperature sensor, for those times when you’re looking for a species of fish that in warmer or colder banks.

Most reviews on Amazon ceaselessly mention this sonar’s precision; one such customer was astonished that this sonar was able to pick up his trotline at 8 and a half feet underwater; the line in question was about half the diameter of a cigarette, so this was no small feat indeed. The 197c PiranhaMax by Humminbird makes use of precision sonar to create crystal clear underwater images. I found that this fish finder in particular was very intuitive and easy to use. I was pleased to see that, despite its small frame, it had many features that allow it to go toe-to-toe with other models. The depth meter is very precise, and seldom loses signal, even at high speeds.

The screen is a modest 3.5 inches in size, offering a 256 color palette, and a resolution of 320*240 pixels. Which gives it enough size to display all the information you would need.

This fish finder features a depth capability of up to 600 feet, which makes it a great instrument for sport fishermen that mostly angle in rivers or creeks. Although some report to having bought this sonar exclusively as a depth meter for their commercial boats.

This product in particular shines for one specific function; the Dual-Frequency Sonar. This fish finder is capable of releasing two sonar beams from the transom-mounted transducer. One of the beams is projected straight downwards, at a 16 degree angle, and is very useful for spotting fish and other objects right below the boat. The other sonar wave is launched at a much wider angle, a modest 200 kHz at a 28 degree cone, which picks up objects from a bigger area, at the cost of precision.

Most customers seem to think that, feature-for feature, that Humminbird 197c fish finder is one of the best gadgets for anglers in its price range. The wide list of functions is more than enough to consider purchasing it. Although some have reported specific glitches in the water temperature display, this is not commonplace as to affect the product as a whole. Humminbird makes the list again with its 541 fish finder. The dual-beam technology that this company is famous for makes a return in this fish finder; this time one sonar beam is used to detect the seafloor and seaweeds, while other is used to track fish with great precision.

The screen this time comes in a bigger size, specifically 5 inches, but the color palette is removed, and the device has its display in true monochrome fashion. This gadget offers a resolution of 320*320 pixels which, coupled with its simplistic display, has plenty of space to display all the relevant information.

The 541 fish finder boasts an impressive sonar depth of up to 1500 feet, however, the transducer-emitted waves can only effectively pick up fish up to 800 feet. The longer sonar beam is still great for tracking the seafloor and as a general depth meter.

As I mentioned above, the DualBeam PLUS technology makes a return in the 541 fish finder, and allows the device the efficiently track fish, debris, and other objects, even those that are directly under the boat. The Selective Fish ID+ function can be set to track fish on a certain depth level, which is great if you are angling for a specific fish.

It appears that most consumers were pleasantly surprised at the amount of functionality this fish finder offers. I believe that they were misled by the monochrome display and primitive appearance. But after trying it out, most customers remark that this gadget is excellent for the price range, and while it doesn’t have many of its more-expensive cousins’ flashy interfaces and colors, the 541 can still get the job done with pinpoint accuracy. The Venterior Fish Finder is perfect for those starter fishermen on a budget. This low-cost device is able to detect rocks, seaweed, sand, and the approximate location of fish up to 328 feet underwater, on a 45 degree angle. The short transducer cable included with the device makes it ideal for kayaks or small fishing boats. It comes a pleasant surprise that, for the low price tag, this fish finder can even work when ice fishing, by drilling a hole into the ice and submerging the device in the water.

This fish finder is small, and the screen is smaller still. However, it features a clear LCD display with several icons for displaying fish, both large and small, seaweed, rocks, and other types of debris. It’s important to note that this screen was not meant for precision images, rather than giving amateur angler a point of reference to where fish are located.

This fish finder comes with a transducer cable and a removable transducer float, which makes allows it to be used in different ways, such as attached to the hull of the boat, or setting it directly on the water. Depending on how you use it, you can detect upwards of 328 feet underwater.

This one features a standard sonar emitted from a transducer cable, which is pretty decent stuff, but the fish finder really shines in the precision of its reading. When calibrated correctly, I was even able to get it to tell me what size of fish were underneath me!

As is expected, many of the customers who reviewed this product were enthusiast fishermen who don’t really fish for sport, but rather as a hobby. All they had to say about this product was that they were amazed at the precision of fish finder when used in calm waters and shallow creeks. Some remarked on the precision of this tool as a depth finder, and for the price, I too believe that it is a very precise tool, handy to have on any fishing trip. 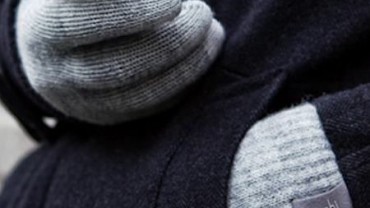