A camping hammock is a good alternative to sleeping on the ground, and with a wide array of uses, are a great addition to anyone’s gear. They keep you off the ground so it doesn’t leech away your body heat, they are more comfortable and lighter than most backpacking cots, and they eliminate the need for a tent (when used with a rain fly). They can also be used for sitting and reading a book or just watching the world go by.

Here is a list of the best hammocks for backpacking

Hammocks Vs. Sleeping on the Ground Traditionally, camping involves sleeping on the ground in a sleeping bag with a lightweight sleeping pad (or not) beneath you. If you don’t use a sleeping pad, the ground tends to leech heat from you in the night. It can also get wet with either dew or runoff from a rainstorm which will chill you. A hammock lifts you off the ground, reducing the leeching of heat and keeping you drier than on the ground, while remaining lighter and more comfortable than a cot. Most modern hammocks are made of parachute nylon that form fits to your body, leaving you feeling suspended without the contours of the ground sticking into your body.

Essentially, hammocks are great for rainy, near freezing environments. Hammocks are not ideal for desert environments or any environment without structures to hang your hammock from. However, these climates tend to be warmer and drier, so the benefits of using a hammock are reduced anyway. Hammocks generally weigh relatively little since they are made from nylon. The hooks or carabiners on the ends are what give hammocks a lot of their weight. Even more importantly, they can reduce the weight of your pack even more in that the eliminate the need for a tent. Buy a lightweight hammock and a rain fly to go with it and you have a quality shelter that only weighs around 30 ounces. Compare that to a lightweight backpacking tent which will weigh around double that.

Hammocks do vary in weight depending on the kind and the features included in the hammock. Some that are built for two people and designed with a higher max load will be heavier (closer to thirty ounces) while others that are single person with a lower max load will be lighter (closer to fifteen ounces). Hammocks with a higher max load typically need more fabric and more reinforcement in order to maintain the required strength which adds to the weight of the product. The TimberRec Hammock is designed for a romantic two or a roomy one and is made to be comfortable either way. It’s the heaviest of the hammocks in this list at just over a pound and a half but packs into a football-sized, space-saving bag when not in use. It is rated for up to four hundred pounds and is triple stitched for extra reinforcement. The fabric is super breathable and the whole set comes with extra nautical grade rope to hang the hammock with. This hammock is a bit on the heavier side, but is great for an overnight trip into the woods with a significant other or a lazy afternoon in your back yard. It’s on the more expensive side at $90, but the quality and comfort is worth the extra money. The Tribe Provisions Adventure Hammock boasts a good, lightweight, single-person hammock that neatly stuffs into a bag slightly larger than a softball. It’s also made of 210T grade parachute nylon with a max load of four hundred pounds. It’s triple stitched for extra reinforcement and is one of the lighter hammocks on this list at a little under a pound and a half. Most of the weight of the hammock is in the steel carabiners because Tribe Provisions opted for polypropylene straps instead of nautical rope. This hammock isn’t rated quite as well as the TimberRec, but is significantly cheaper at $50 list price. The True Rest Hammock is by far the lightest of the hammocks weighing in under a pound. It’s designed for one person and a max load of four hundred pounds. It has an attached stuff sack that is around the size of a softball when the hammock is stowed and doubles to hold snacks or a phone when the hammock is in use. The hammock uses nautical grade rope to hang the hammock, so you don’t have to worry about breakage or environmental wear. It’s well rated and costs only $50. The ENO Double Nest is a very reasonable weight coming in at just about a pound and a half and is made of high quality parachute nylon. It’s a two person hammock that can hold up to four hundred pounds with an attached stuff sack that doubles as a pocket and stows to the size of a grapefruit. The fabric is very breathable and great for humidity. It is a a quality hammock at a very fair price of $70. The Roo Hammock is a little heavier than the ENO and is made of Kammock’s proprietary nylon called Lunar Wave advertised to be stronger, lighter, and softer than other nylons. It’s the strongest hammock on the list with a max load of five hundred pounds and is designed to sleep one person. Also, Kammock donates a mosquito net or education for every Roo bought to a family in Africa to help end malaria. However, it is the most expensive hammock on this list at $100.

My favorite hammock is the True Rest for single person use because of the low cost, super low weight, and strength. It’s long enough to sleep a large adult without being cramped and wide enough to give you space to move around. If you need a double hammock, the ENO Double Nest is the way to go. It’s the lightest of the two person hammocks and very inexpensive, while being just as durable and just as strong as the other hammocks on this list. 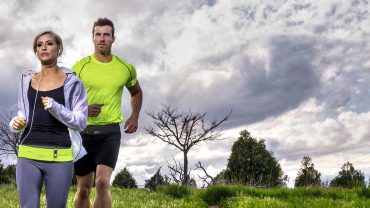