We are surrounded by modern conveniences, so much so that we take most of them for granted, until we don’t have them. From the knife and fork we use to the more complex machines we have built to serve us such as computers, washing machines and even the car we drive. We have developed a way of life where many think they cannot do without these modern day ‘necessities’. Is all the gadgetry we have surrounded ourselves with really ‘necessities’ or have we let ourselves become victims to so much gadgetry that even a broken pencil cannot be sharpened because the electric sharpener is out of batteries? I’m not against having modern conveniences. They have made life easier. But the individual who will survive cannot become so much a slave to luxuries that they cannot do without them. There have been people who have died because they have lost all their modern gear in some outdoor activity because they could not escape the mentality that they were lost without it. It is a fact that disillusionment and the paranoia that follows it are the biggest killers among people thrust into a survival situation. History bears out what can happen to a people locked into this mentality. Did you know there were people who died on the Oregon trail because they lost their silver forks and spoons and figured they could not eat because they no longer had the tools they were used to eating with? It’s true! Many others died when their food supplies ran out because they would not eat the wild game their guides provided because they considered it uncivilized. Even earlier than the Oregon Trail, back to the establishing of the first European settlements in this land, many perished waiting for the supply ships though they lived in a land of plenty. Had it not been for some friendly Native Americans who opened their eyes to nature’s bounty and how to make and use the tools they used, the casualties would have been even higher. In 1989 Hurricane Hugo hit the south-eastern coast of the U.S. and came farther inland than any hurricane on record. Many lives were lost and entire cities were crippled. Most people who lived that far inland never dreamed they could be affected so much by a hurricane. After all, there were hurricanes before and only coastal dwellers needed to be concerned with such phenomena, or so many reasoned, many to their despair. I was amazed at how helpless many people seemed. But there were some, thank God, that would not allow their minds to succumb to the numbness of despair and helplessness and helped out one another, bringing about a sense of community never witnessed before on such a scale. It took a tragedy such as Hugo to bring out the best in some people and the worst in others. Unfortunately it takes a crisis to show us what we are made of sometimes. What about you? Are you a survivor or a potential casualty? Ask yourself, when the odds are against you, what do you do? A true survivor will continue no matter what the odds. He will not look at what he hasn’t got and despair, he will look at what he has got and work with it. It is this quality of life that has helped people face survival situations in the past and gave them the energy to not only survive but also live a life with meaning. Too many have forgotten or never learned what a blessing it is to simply live. Groping for comfort upon comfort will only lead to disappointment and discontent. Knowing how to do with little will make you appreciate what you have whether it be a little or a lot. In a survival situation, whether it be a collapsed economy, stranded in the wilderness or whatever the case may be, will demand courage, determination and perhaps something more. But the power is within us all to overcome our ‘impossible’ odds and rise above them victorious. You are capable of much more than you probably give yourself credit for. Learn to dig deep within. Draw from that well of spiritual power that is within us all. You can survive!

This article was written by our Guest Benjamin 'Raven' Pressly. Find more of his work at his blog: Way Of the Raven

Benjamin ‘Raven’ Pressley has been teaching survival skills since 1986. He has written for many magazines and is considered by many to be a primitive and survival skills expert. This article is an excerpt from his book CAN YOU SURVIVE? Available along with many other resources on his website WayoftheRaven.net 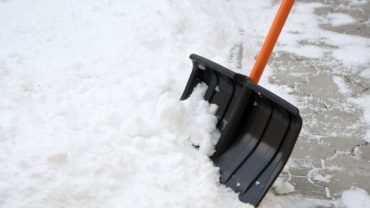