So you are looking for the Fallkniven F1 Review? I don't know whenever I have the tolerance for a smaller survival knife. I tend to support a savage force approach when working on the outside. Perhaps I am lethargic, or moronic… or sluggish and dumb, However, if all else fails I regularly end up going after the greatest, heaviest apparatus, I can discover. That is presumably why I get such a kick out of blades like the Junglas and Ontario Machete. I get that substantial bit of steel in my grasp and say, "Hello, I can most likely cleave down a tree with this thing," and afterward continue to impact whatever lies in my way.

I have beforehand looked into the Fallkniven A1, and random the A1 is by all accounts more my speed. It's not a major chopper, but rather it's a substantial knife and a strong performer. The F1 is considerably littler, and working with it has forced me to back off for a minute, investigate the likelihood that toning it down would be ideal, and, god forbid, attempt to develop some procedure when utilizing my tools. The F1 has a general length of 8.3″, a 3.8″ cutting edge, and measures 6 ounces. Despite the fact that Fallkniven does producer littler settled edges, the F1 is one of their littler offerings. I likewise have an A1 and S1 available to me, and the F1 is unquestionably the littlest of the cluster. Fallkniven calls the Fallkniven F1 the Pilot's Survival Knife, and it is the standard issue settled edge for the Swedish Air Force.

The F1 highlights an overlaid VG10 edge. Twin sections of 420J stainless flank a VG10 center (additionally stainless). 420J is harder than VG10, though VG10 is harder and preferred for edge maintenance over 420J. The thought is to join 420J with the VG10 to make a general harder knife with the edge holding characteristics of VG10.

Utilizing VG10 for a survival knife is a fervent issue. I have found that VG10 is fine for little EDC blades like the Dragonfly, yet if you troll the forums, there is an extraordinary verbal confrontation in the matter of whether it is a suitable decision for an open air settled cutting edge. The curved edge gives the VG10 more noteworthy flexibility and sturdiness and gives a false representation of it gentler qualities.

Fallkniven additionally offers this knife in their "3G" arrangement. 3G is another 420J cover with a center of Super Gold Powder Steel (SGPS), a top of the line powdered steel by Japanese maker Takefu. They warm treat the SGPS to 62HRc (by the method for complexity the VG10 rendition is taken up to 59HRc). The fundamental advantage is you have more prominent edge maintenance.

The F1's handle is made of Thermorun, a high thickness plastic. Thermorun has a somewhat rubbery feel to it, and the handle everything except totally encases the tang of the knife. Around a 1/8″ of tang stands out from the handle, which can be utilized for pounding/smashing things. There is likewise an extensive sleeved cord opening that effectively obliges 550 rope. The handle has a solid jewel surface on the sides, while the main a base of the handle is left untextured.

All said development of the handle is extremely straightforward and strong. I can't identify any crevices in the middle of where the handle and cutting edge consolidate. There has been no breaking part has happened following quite a while of proprietorship and utilized. Like whatever remains of the knife, the handle has an exceptionally essential and utilitarian feel to it.

The F1 is a comfortable knife to utilize. The jewel surface secures your hand, and the wide level spine is ideal for your thumb. The handle shape is straightforward, and it will suit a broad range of hand sizes. There is no jumping. I, for the most part, tried the F1 on wood, cardboard, and by giving it a shot with some light sustenance prep. At all circumstances, I felt comfortable and responsible for the knife. There were no issues with problem areas.

The F1 accompanies a plastic or calfskin sheath. Appeared here is the calfskin sheath, in spite of the fact that the plastic sheath is a downsized variant of the sheath on my A1, so you can look at that survey to get somewhat more information on Fallkniven's Zytel sheathes. The calfskin utilized for this sheath is thick, strong, and radiates quality. It's a high caliber straightforward sheath that has been done basically. The waistband is non-removable, and the edge is held set up with an overlay over catch fasten. The edge doesn't shake or move around at all inside the calfskin sheath. It's extremely secure and a pleasant alternative for individuals who lean toward a more conventional belt sheath.

When I checked on the A1 2 years prior, I teased the plastic sheath a bit. I felt like the sheath was somewhat feeble, particularly when matched with such a solid knife. The sharp edge likewise shook around in the sheath, which a few people use as a metric to for sheath quality (this is somewhat moronic when you consider it, in spite of the fact that I'm liable of indicating out whether the cutting edge rattles in the sheath). Feelings are liable to change, and mine has advanced throughout the years. While Fallkniven's plastic sheathes are lightweight, it doesn't mean they aren't of high caliber. The plastic on my A1's sheath has held up colossally well and is light and reasonable. Clearly, it is a decent decision for chilly atmospheres and will perform superior to anything a calfskin or Kydex sheath in sub-solidifying temperatures. Since I live in Miami FL, I have been not able truly to test that out. You don't need to be a level 10 bushcraft to understand this is an exceptionally pleasant knife. The F1 strikes a decent adjust of being lightweight and sensible yet superior. The sharp curved edge works wonders with wood, and the handle makes an incredible showing with regards to of not acting as a burden. To me, that is the thing that makes a perfect working knife. It ought not to be an errand or a deterrent in your way – you ought to have the capacity to utilize the thing. The Fallkniven F1, much like the A1 when I evaluated it, appears to welcome utilize.

I may even now support the greater blades for my open air abuses. However, The F1 is an inside and out performer and a joy to work with. This is an incredible knife for outdoors or survival and has legitimately earned its notoriety for being a straightforward device. It has likewise earned a spot on my suggested survival blades page, which is about as high of support as I can offer.

I prescribe buying the Fallkniven F1 at Amazon and BladeHQ. Kindly consider that obtaining anything through any of the connections on this site underpins BladeReviews.com, and keeps the site going. As usual, all support is significantly refreshing. Much thanks. 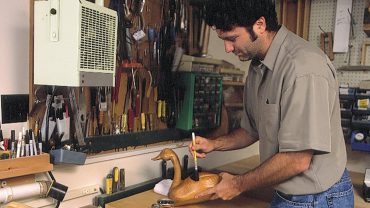