You do it every day. In the morning and at night. And maybe once or twice in-between on days that differ from your norm. It's probably something you do instinctively and forget about the second you finish. If you didn't do it you'd get ridiculed and find yourself at parade rest pretty quickly. Here is my guide demonstrating how to lace combat boots.

The goal is to tie your boots and tuck the excess away.

You may not know that the material and the way your boots lace is pretty important in the overall fit and performance of your tactical footwear. There are several ways to fasten your boot to your feet and some are better than others. In addition, the material the laces themselves are made from is just as important. Tactical boots generally use a hybrid pattern of aglets, or eyelets that house the laces. Some popular examples using hybrid patterns are boots like the Nike SFB boots, Garmont T8 Series, and the Rocky S2V Boot (Review). Some boots, like older jungle boots and jump boots, use a single, dedicated speed loop system. There are pros and cons to each.

Speed lacing systems vary by nature and how they cinch the upper of the boot tight to the tongue to stabilize your ankles. Some boots use eyelets that enter the loop horizontally, creating a turn in the lace. Others use an aglet, where the lace enters the loop vertically.

Another system, probably the most rare, is a genuine speed lace system. Instead of an aglet or an eyelet, a true speed lace system is an open ended hook that the wearer manually laces every time the boot is worn. While it may seem slow, with a little practice this system is truly made for speed. In this section we breakdown the different options for lacing your boots and the naming conventions associated with each method.

Criss-cross lacing is the standard diagonal lacing pattern typically done on sneakers and regular boots. If you are aiming for a more uniform look, look to cross the same side on top each time. Alternatively, this variation is called over-under lacing.

The straight-bar lacing method makes the laces appear horizontally parallel all the way up the footwear. The benefit is that it provides a clean appearance and easy tightening ability but provides little foot and ankle support.

For maximum stability and support, look into the ladder lacing method. The ladder-like appearance makes a bold visual impression while providing sturdiness that won't budge. Due to its complexity, it requires long laces and looks best on army combat boots with lots of eyelets. It is often preferred by paratroopers looking for the most support, but it can be more difficult to tighten in a hurry.

HOW TO LADDER LACE

Here is our step-by-step instructions for the ladder lace method because it is a popular pattern for lacing combat and tactical/army boots and offers the most support for your foot. It's more technical than most methods, so it will take practice to master. Without further ado, here are the steps to laddering your laces:

Laces were traditionally made of a blend of several fibers, usually jute, hemp, or cotton. Today, most manufacturers have switched to a synthetic fabric that is more durable, but slippery. Slippery is bad. Slippery means your boots get loose. Loose boots mean your feet have too much room, creating friction. And friction causes blisters, hot spots, and miserable feet. If what you lace up with every day isn't 550 cord, you might want to consider changing that. Several tactical lines have already switched over to 550 cord because let's face it: it's better. Really, what do you trust? A cheaply made synthetic fabric?

If 550 cord can be trusted to maintain suspension lines on a parachute for hundreds of jumps, it'll hold tough for your boots for quite a while. The only thing you really need to worry about with 550 cord is what kind of knot you tie them off with. 550 cord can actually cut itself under a high tension knot, so just avoid super tight square knots or most hitch knots.

TIP: "If what you lace up with every day isn't 550 Cord, you might want to consider changing that."

Boots like the Garmont T8 have genuine cotton laces and are somewhat slow to lace because of the traditional material. The laces on the Garmont are also a bit wide for the aglets and this causes some bunching. Other boots like the Rocky S2V suffer from problems at the opposite end of the spectrum. Narrow, synthetic laces lace extremely fast, even in just one firm pull, but are prone to coming untied and ripping prematurely.

A simple fix for both of these common problems, and anything else you might have to work through with your laces, is to walk in to your supply office or company area, ask for some 550, cut off two three foot strands, and get to work.

All you have to do is gut the cords (take the white strands inside the cord out and toss them), lace them, burn the ends, and then tie an overhand knot in each side and there you have it, you've got the best laces a soldier could ask for. 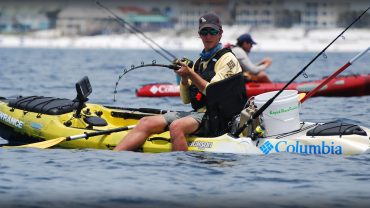