When I bought my 2015 Jeep Wrangler, I wanted the best Jammock in the market. I am an outdoor person and I specifically love the beach. With the unveiling of Jammock Black 2.0 and the several reviews I went through, I decided to give it a try. Before I explain to you the specs, it is important that you know what I was looking for so you relate to my decision of buying this Jammock.

I was looking for a hammock which was versatile and easy to use. Because if you have an adventurous spirit like mine, you will want something which will meet your needs while also offering the versatility and ease of use I was looking for. I wanted a Jammock that I could comfortably attach on the front, as well as the back. Furthermore, I was looking for something durable and long lasting.

After completing my research, here are some of the best traits I found concerning the Jammock Black 2.0. It’s all in the Woven Cordura Nylon Sincerely, I had never heard of this material before. But after researching this material, I realized it is known for its toughness, as it is made out of military grade material. Although most of the time I ride alone, I wanted a material which could support two people, for the times when I was on an adventure with a friend. This Nylon used to make Jammock Black passed the test of being tough enough to sustain the weight of not only myself, but for the person lucky enough to come with me on our numerous adventures.

I mentioned earlier that I love the beach. This means I get as close to the sea as I can with my jeep. I needed a Jammock which would not wear out easily due to the exposure to salty water. My previous experiences with self-made Jammocks showed me the sea water will weaken ordinary fiber over time. This means after a few months you will notice cracks with the fiber, making it unsafe to use. Not only can the fiber become cracked, but you have to be aware of any metal that is around salty sea water. Most metals corrode easily in the combined presence of salt and sea water. However, this Jammock has buckles which are resistant to corrosion. I have used the Jammock Black 2.0 for the past eight months, and it is still as strong as ever with no visible cracks in the fiber, nor any corrosion within the buckles being detected. I don’t always like long instructions in which you need a pair of magnifying glasses to read, or are very cumbersome and difficult to understand. That is why I liked this particular Jammock. The instructions made it very easy to understand where to place it on across a variety of positions on my Jeep. The install system of running the strap through a turnbuckle was easy; I was also secure in knowing the Jammock would be strapped securely, to ensure it would stay in place and not shift, even if I did. In essence you don’t have to read the manual over and over again.

I have tried using tarpaulin on my Jeep before and the experience was not very pleasant. Most materials tend to retain moisture, which means they will risk attracting mold if you do not dry them right away. Mold tends to thrive within damp areas with poor air circulation. So when I stored the tarpaulin, typically when I brought it out of the stored area, I had to take the extra time to clean it off due to the mold growing on it. However, one thing I noticed with Jammock Black 2.0 is it also allows air to flow through it. This air flow means the chances of attracting mold are much slimmer compared to not only the tarpaulin I used before, but most of the other products out on the market.

Versatile Uses for any Occasion The Jammock Black 2 offers a versatile amount of options for you to enjoy. When I bought mine, I thought that I would only use it to rest after a tiresome session of surfing. However, after my own use, and in talking with others who have this same system, I realized that users are getting more creative owing to its good qualities. For instance, one of my friends used it as a sunscreen on sunny days. This is a perfect suggestion given that it is made of a strong material that does not wear easily.

Another opportunity for you to use the Jammock is as a Wind Breaker. Jeep wranglers lack side doors, which is one of the reasons we love them. However, on a windy day you might find riding on your jeep quite uncomfortable. By using your Jammock as a wind breaker, you can ride more comfortably to your next adventurous destination.

Another versatile option concerns where you can set up your Jammock. Apart from the top and back seat, it works perfectly when attached to the rear roll bars. This is especially fun when you are taking a nature tour in a forest and want to enjoy its scent and serenity.

Stay Safe at all Times

Safety should be a key consideration when you decide to purchase a Jammock. There is always a possibility of it flipping over, so the more secure a Jammock is, the higher probability of you staying safe while resting in the Jammock. This can be especially dangerous when resting on it while on the move. I have tried it several times now, and in no single circumstances has it slipped over or showed any signs of weakness. The straps and the buckles are designed in a way that the whole piece holds firmly on the rails. This safety system provides enough support for anyone, even when the jeep is on the move.

Are there any Drawbacks to the Jammock Black 2.0?

Even though I enjoy using my versatile Jammock as much as I possibly can, it may not be the perfect product for everyone. Here are a couple of things I have found which might be a drawback for anyone looking into purchasing this product.

At times, it can seem either Too Tight or Too Loose

Getting it to sit right on top is very difficult. Most the times I had to make several adjustments before it could absolutely comfortable. You put it up and you suddenly realize that you are sinking. In other instances, it is too tight that you feel you can flip fall any moment. As you utilize this more, the more likely you are to figure out the best method for installing it to your liking, but it does take time to figure this out.

In my opinion, it’s better to keep it stored when you are driving and not using it. It makes a flapping noise against the wind that can be irritating and distracting. If it has to be on top most of the time, then you possibly can place some weight on top to keep it from flapping.

More difficult for larger people to Use

Had it been just a little bigger, it would have been better. A couple of my friends huge bodies and sometimes I feel like it does not cater for them adequately.

In conclusion, apart from these few shortcomings, I have never regretted owning the Jammock Black 2.0. I bought my Jeep as a utility vehicle, and adding the Jammock has been a nice and valuable accessory. I am confident in this product, because I know it is made from the best material which will not crack or corrode. I look forward to enjoying my Jammock Black 2.0 on all of my future adventures. 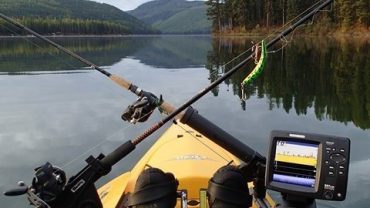