Leatherman Wave vs Surge: I remember when I got my first pocket knife as a kid. It was pretty basic with only a few simple tools, but I was thrilled. The idea that I could carry around a whole tool set in one portable unit amazed me.

Back then, I had no idea just how sophisticated multi-tools can be. Since then I’ve become something of a collector. Survival is my passion. My retreat is located in some densely wooded backcountry, and there is a lot of work to do around the property. So a multi-tool that I can carry with me everywhere comes in handy.

My first few multi-tools were cheap. If I put any pressure on them at all, they’d break. Loose scissors joints, dented wire cutters, stuck pliers springs, you name it—if you’ve owned sub-par multi-tools, you know exactly the kinds of problems I’m talking about.

Since then I’ve worked my way up through some mid-priced models and never found quite what I was looking for.

Most recently, I purchased the Leatherman Wave and the Leatherman Surge, two of the most popular and highly rated multi-tools available. I wanted to see how they measure up and if I could, figure out which one comes out on top. Both are worlds better than what I was using before, and I’m excited to share my experiences with you, but first, I want to tell you a little bit more about multi-tools in case you’re new to them. Multi-tools have been around for ages, and I do mean ages. They date back at least 1,800 years to Ancient Roman times. Have a look at that link and I think you’ll be amazed just how closely that ancient multi-tool resembles the modern multi-tools we use today.

Multi-tools of course were popularized by Victorinox and Wenger, the brands which manufacture Swiss Army knives (the companies were rivals until Victorinox acquired Wenger in 2005; Victorinox is now the sole supplier of genuine Swiss army knives).

Pocket knives are not the only type of multi-tools out there, however; there are also folding multi-tools. And that brings us to Leatherman. Leatherman is a company founded by Tim Leatherman, who sold his first “Pocket Survival Tool” in 1983. His invention of the folding multi-tool was driven by necessity. While he was traveling abroad and driving an unreliable car, he was stuck using “an old Boy Scout-type knife … for everything from slicing bread to making adjustments to the car. But I kept wishing I had a pair of pliers!”

Leatherman’s line of folding multi-tools quickly became iconic, so much so that the term “Leatherman” is often used generically to refer to any folding multi-tool featuring a similar design, even those manufactured by other brands.

Both the multi-tools that I purchased for this review are actual Leatherman products. As folding tools, these are larger than a lot of pocket knife multi-tool designs, but can (theoretically) still fit in your pocket. They are on the heavy side, though, so you may opt for a belt clip.

Now let’s get into the reviews!

The Leatherman 830160 Surge Pocket Multi-Tool is a popular product on Amazon.com. As of the time of my review, more than 570 customers have given it an average rating of 4.5 out of 5 stars. You can purchase it in the $95-$110 range, which makes it ever so slightly more expensive than the Leatherman Surge.

Yes, that’s a hefty price, but not when you consider what you’re getting in one package.

There are a ton of tools packed into this little device! The Wave does not include the electrical crimper or the awl that the Surge does; otherwise, in terms of tools, they are the same.

The Leatherman Surge measures 4.5 x 3 x 1 inches when all the tools are folded in. That isn’t very large, so it can technically fit in your pocket. But it is heavy, coming in at 1.1 pounds. For this reason it isn’t very comfortable or convenient to carry that way. If you’ll be carrying it around, I definitely suggest getting the optional pocket clip or lanyard ring. That’s what I’ve been doing around my retreat, and it’s been much better—but mostly I have stuck to using it in the house.

The multi-tool is 100% stainless steel, so you have no worries where rust is concerned—a little oil now and again and you are good to go. I’ve seen so many low-quality knives which are made out of inferior materials and which quickly corrode, so this is very important. Construction feels very solid—sturdier than it does with the Wave, though the Wave is also very solidly built. This isn’t a surprise, going by the other reviews I’ve read (more on that shortly).

Here are some of my observations testing out the Surge: If you want the pocket clip and lanyard ring, you need to purchase the Bit Kit. This kit also includes 21 double-ended bits. You’ll pay around $20-$30 for this, but it’s worth it.

Like all Leatherman products, you get a 25-year limited warranty on the Surge multi-tool, which is just awesome. This thing is so sturdy though that I wouldn’t expect to need to call on it.

What Are Customers Saying About the Leatherman Surge?

On the whole the experiences of other buyers seem to match mine. Other customers have remarked on how impressed they are with the sturdiness of the Surge, the positioning of the blades, and the great performance you get from the pliers. Some customers with smaller hands did remark that the Surge was uncomfortably large for them.

This review knocked my socks off. The guy is a rancher who uses his Surge everyday for work. He updated his review after five years and says the Surge is still going strong.

Pros and Cons of Leatherman Surge

Because of how cumbersome this thing can be, I find it more useful to use around the house and in the garage. The Leatherman Wave (below) works better for me as a portable option around my grounds.

The Leatherman 830039 is just as highly rated as the Surge, and even more popular, with more than 1,000 customer reviews as of the time of this writing. You can purchase it in the $85-$110 range. The Wave is smaller and lighter-weight than the Surge. The closed length is 4 inches (half an inch shorter than the Surge), and the weight comes in at 12.8 ounces (the Surge weighs 17.6 ounces). So this is a better choice for carrying in your pocket (though still heavy). I certainly found it easier to take with me hiking and working on my grounds than the Surge. My wife also finds it much easier to use with her smaller hands.

This tool is just as strong as the Surge; you can recognize the quality of the craftsmanship right away. There are no flimsy attachments, and once again you are using stainless steel. As with the Surge, you can purchase a quick-release lanyard ring and pocket belt. You can also buy the expanded bit kit, and you can replace the nylon/leather sheath—which I recommend.

Like the Surge, the Wave comes with a 25-year warranty.

What Are Customers Saying About the Leatherman Wave?

Customers comment that the Wave is well designed and sturdily built; they love that you can easily open the blades single-handedly. Some have commented that a couple of the screwdrivers are a bit flimsy. I didn’t notice this problem, but it does annoy me that the bits are some brand-specific size; you basically need the bit kit if you lose anything since you can’t use standard bits.

Buyers also mention that the knives are razor-sharp and stay that way even through tough jobs. I discovered this to be the case as well. I used the Wave while making a basic hunting spear. It stayed sharp the entire job.

Pros and Cons of Leatherman Wave

The Leatherman Surge and Wave are both outstanding multi-tools featuring top-notch construction, and both will hold up to years of tough jobs. I have been surprised at just how seldom I have had to sharpen up the blades. I have yet to deal with a single stuck or loose spring (I had that problem all the time with cheaper multi-tools). The design allows you to pop out the blades with one hand, which is awesome if you need the other hand for your job.

Most people do not need to be able to carry around over a dozen tools everywhere they go, but for preppers, hikers, and DIY fanatics, a Leatherman is a vital investment. Again, I have tried cheap knock-off products, and they are exactly that—cheap. The only thing they have done without fail is fail.

Which of the two should you get? Well, these are very similar tools; the main differences are in the dimensions, heft, and the extras you get with the Surge which are not included with the Wave. I’d say if you feel the awl and crimper will be really useful to you, go with the Surge. If however a smaller, lighter tool is important to you, the Wave is the right option. I’ve been very happy with both; I carry the Wave everywhere on my grounds and take it on hikes. I usually keep the Surge at home. And sometimes, having two multi-tools comes in handy when I’m working on a project with my wife or kids. 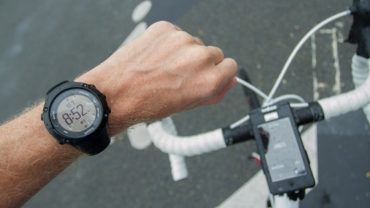