We’re all familiar with the phrase “boots on the ground.” It’s used when American forces have landed on foreign soil with the intention of engaging the enemy. But have you considered the phrase from a more literal perspective?

Boots are the foundation of a strong Army. Combat boots help servicemen and women carry their gear. They allow for mobility across all types of terrain. Boots, therefore, are a vital part of a soldier’s entire well-being.

They’re also a bit of a confusing market to navigate. How do you know which boots are the best for your specific needs? As a former service member, I’ve worn all sorts of different boots in many different types of operations. Today, I make a living reviewing a wide variety of military and tactical gear. But I have a special fondness for a functional, high-quality combat boot.

Here’s My Guide to Combat Boots for Men. I’ll have you laced up and on the move in no time.

When shopping for boots, the first thing you need to know is whether or not your boot needs to be AR 670-1 compliant. The AR 670-1 is the Army’s guidebook on all matters related to dress and personal appearance. These rules were recently updated in 2014.

If you’re on active duty in the Army, your boots need to be AR 670-1 compliant. While the majority of tactical boots are compliant, there are still many unauthorized boots out there. There’s nothing necessarily wrong with an unauthorized boot from a performance aspect, but you still aren't allowed to wear them in the Army.

Don’t necessarily trust the manufacturer when it comes to claims of compliance. Ultimately, your unit commander has the final say in AR 670-1 compliance. Before you purchase any boots, make sure they’ll be allowed. As these anecdotes hilariously illustrate, no amount of smooth talking will let you use a non-compliant boot. In order to be 670-1 compliant, the boot must have the following features:

•  Upper made of leather or leather and non-mesh fabric;

•  A plain toe and sole (color must match the upper);

•  A sole no taller than two inches (measured from bottom of sole);

If you’re in the Army, or simply want boots which adhere to the military code, follow these guidelines.

What Will You Use These Boots For?

Combat boots for men can be divided into two broad categories. Some boots are for general purpose use, while others fill a more specialized niche.

• Rocky Boots – These boots are designed for harsh terrain around the world. On the other hand, certain situations call for a specific kind of boot. If you’re going to be in an especially cold part of the world, a boot such as the Garmont Extreme will keep your feet warm and dry. If you’re in a situation where you need to run a lot, or operate a vehicle, a more lightweight booth is probably your best choice. The Garmont T8 NFS is an example of a good boot with high mobility.

If you don’t have a specific use you know you’ll experience often, go with a general purpose boot.

This can be a bit tricky, especially if you don’t buy a lot of boots. The best approach is to go to an Army surplus store or a sporting goods store. You’ll need to have your feet measured by a professional.

I've always had great success using the store as a way to try on a boot. Many manufacturers have slight size differences. Once I understand my correct size in a specific boot, I’ll go online and try to find the best deal. I’ve saved a lot of money this way. In addition, most e-retailers which sell boots have pretty hassle-free return policies, since they understand the complications of sizing shoes online.

You’ll have to break the boots in before you use them heavily, although boot technology has made this less of an issue than it’s been in the past. Still, shop early so your boots are ready to go well before deployment. If a boot is good enough for the Army, it’s also usually a good choice for a hike in the mountains. The days of having to sacrifice comfort for durability are long gone. Today’s tactical boots are specifically designed to promote comfort during long periods of walking or standing.

Also, many boots can help navigate obstacles when hiking. A spongy outer sole helps grip rocks and wood, which promotes stability and sure-footedness. You’ll likely find many combat boots for men in any major sporting goods store, not just at army supply stores.

How Long Will They Last?

A normal quality new boot will last you about a year. If you boot lasts longer than that, great. But if you can, try to buy a new pair of boots about once a year. The typical price for compliant combat boot is about $150. Some non-compliant boots will be lower, some reaching down into the $80 range.

Get Started on a Solid Foundation Success, whether in the form of a military operation or a simply hike near your home, starts from the ground up. Combat boots don’t have to be expensive or fancy, and it’s easy to find compliant boots that work well in most situations. A good pair of combat boots will serve you well year round, whether you’re a member of the military or not. May your boots fit well and help you accomplish your goals. 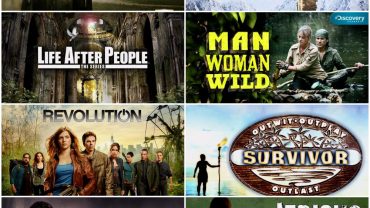