What if you could run as fast as an Olympic athlete, carry as much weight as an ox or kick in a steel door? This is the dream of every infantryman and there are researchers that are trying to make it happen. Enter, the Exoskeleton Integrated Soldier Protection System nicknamed the “Prowler”. This is a waist down exoskeleton is already in production by a company called Revision.

The dream of running like an Olympic sprinter with 70 pounds on your back isn’t quite there yet. The general idea is that an operator would strap this exoskeleton on and perform all his tasks. The benefit is that the operator gets to the fight using less energy and having less stress on his body thus making him fresher for the fight. This is done using the science of dermoskeletics where acting as a second musculo-skeletal structure surrounding the body, the exoskeleton protects the body against extremes. It prevents acute skeletal injuries as well as increases the strength, the endurance and the stability of the soldier.

The big problems with anything electrical is always going to be the power source. The makers say this is not the issue with the Prowler. They tested it in mountainous terrain climbing hills of 30 degrees and the battery lasted about 6 hours. Not bad at all when you can stick those batteries in your ruck and move out without any substantial weight being added to the basic load.

Then again, why would you care how much the batteries weigh when the load is bared by the exoskeleton? Either way, these things are cool so keep an eye out for them on your next trip to the battlefield.

US Air Force Guardsmen Tries Not To Laugh at Rubber Chicken
Read More
The Top 10 Greatest War Movies
Read More
5 Things You Don’t Know About Armor
Read More
US Soldiers in Iraq Issued with Harry Potter Cloak
Read More
Shock troops? You don’t want these guys on your doorstep
Read More
You won’t believe what this LRASM can do! US Military NASTY SURPRISE for Russian Navy
Read More 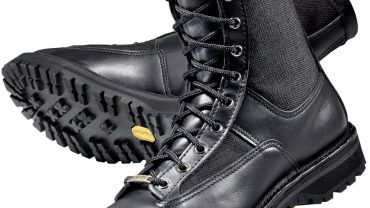