The Nike SFB Field Leather is a redesigned version of the popular Nike Special Field Boot. This updated style has been specifically designed to be compliant with the DA Pam 670-1.

The SFB Field Leather adds a “militant” look to the tread with an improved grip pattern and an internal rock shield. This combination provides extra traction and protection on a wide variety of terrains. Just like it’s predecessor, the revived Nike combat boot is ultra-lightweight, one of the lightest authorized boots currently on the market. It provides a heightened sense of breath-ability, and a softer ankle support. Soldiers, Sailors, Airmen, Marines and tactical professionals alike can have faith in the SFB Field Boot. Most importantly, this version is authorized for wear with the Army Combat Uniform. It only made sense that we put our research hats on and put together our Nike SFB Field Leather Boot Review AR 670-1 Compliant.. Are the Nike SFB Field Leather Boots Compliant With AR670-1?

Earlier in 2014, the owners over at US Patriot & Tactical encouraged Nike to develop a lightweight boot, that would stand up to the stringent requirements of the Sergeant Major of the Army. It took some time, but Nike was able to provide the market with a boot that was created to serve. The Nike SFBs are 8″ tall, and the upper is made of 100% flesh-side out cattle hide leather. The sole is less than 2″ tall, when measured from the bottom of the outsole. The sole is made of 100% rubber and doesn’t extend up the back of the heel, or over the plain toe. The only problem that I have been able to identify with the SFB Field Leather is the current color of the sole. If you look closely, you’ll notice that the sole is actually dual-colored. While some will argue that the difference is minor, and they don’t see an issue. I’ll leave that “interpretation” in the hands of the Soldier dropping $150.00 to own them. Does Nike have a military background?

The answer is Yes! Co-founder Bill Bowerman served with the well-known 10th Mountain Division during World War II. While serving in and later commanding the 86th Regiment in Europe, he was awarded the Silver Star and five, count them, FIVE Bronze Stars.

There should be no doubt that his input as co-founder of Nike and its naming after of the company after the “Greek Goddess of Victory” came from his time in the military. This is evident in Nike’s well know attitude toward winning. I see Nike’s press into the tactical boot realm as a “Climb to Glory” which, if you don’t know already, is the motto of the 10th Mountain Division.

What can you expect from the Nike SFB Field Leather Boot?

Overall the boot has mixed reviews that lean to the positive realm of the spectrum. This is a feather-light boot coming in at 16.7 oz. per boot. That is why we consider the Nike Boots one of the best military style boots for running you can buy. Being such a light boot has it pluses and minuses. On the plus side, the boot is very comfortable to most and every ounce you carry into battle can count against you. On the down side, you’re giving up a lot of ankle support for flexibility. Everyone has their own preference in a boot but to my paratrooper friends that have to fly the T-10 or T-11 parachute I would personally stick to a more ridged boot. There has been a few reported instances of the sole separating from this boot. Right now I will have to chalk that up to inconsistencies in the production process and not label the boot as bad because of a few reports. With that said I will remind everyone that this it Nike. They make more than boots and have developed a robust defective product process. Nike will stand behind all of its products both retail and consumer accounts (form their website). This means that if the site you bought it from won’t do anything about the sole separating from the boot, Nike more than likely will. Just visit Nikeclaims.com for instructions.

There have also been complaints about the extra heal padding in the boot. Once again, everyone is different. Everyone that complains about it also follows up with how easily they removed it so it can’t be that big of an issue. In the same lines I’ve heard a few complaints about the need for replacing the inserts. Let’s face it, no boot is perfect. No boot will be perfect for every person or situation. If you prefer the feel of a specific insert then you should go down to Wally-World and get the one you like, trim it up and put in your new SFBs.

With that all said, the overall comfort is 4.5 stars out of a 5 star rating. The boots break-in time is minimal. Some boasting of only 30 minutes. One person boasted that he had worn this boot through TACP training and it performed well on the timed 12 mile hikes with no blisters or hot spots right out of the box.

As of 15 September, the Nike Leather Boot ranges in full sized 4-15 and half-sizes 4.5 – 11. Before ordering, please note that NIKE boots tend to run small by a half size. I recommend ordering a half size up. So if you normally wear a 11, you should order a 11.5. Please save your self the trouble and follow the guidance provided…

Currently the Leather Field Boot is provided in the following colors: 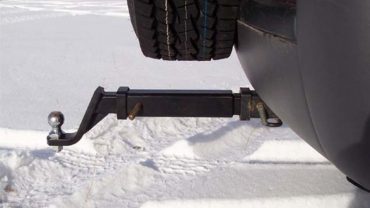