​Combat boots are built to be tough. After all, they’re expected to handle some of the harshest climates, terrains, and conditions on the planet. So when a boot manufacturer gains a reputation as being tougher than their competitors, I can’t help but want to know more.

​Rocky Boots first gained attention among service men and women with their C4T boot. This tough, no-nonsense boot was popular among both the military and civilians. If you’re familiar with the C4T, you’ll feel right at home with the C5C, since it’s basically an upgraded version. Check out my complete Rocky C5C boots review below. Rocky Boots is an interesting company with several solid product lines. But are these boots really as tough as they say?

Here is a list of Boots Related to Rocky C5C

The C5C laces really stand out from most boots. They’re made from 550 paracord with metal aglets. Not only are these more durable than traditional laces, paracord has plenty of creative uses out in the field. I thought this was a nice touch by Rocky Boots. They understand how to make every item you carry count.

The insole is Rocky’s Airport Footbed, a thick padding unique to this manufacturer. The footbed is 4mm thicker than the DOD footbed. Also, it’s probably cleaner than a typical DOD footpad, too – the Airport is removable for easy cleaning.

The most exciting new features are the all rubber outsoles and the new lug. The perimeter lugs are large, with a broad, square-shaped look. The interior tread is small, with a fine saw pattern. The boot has fantastic grip. I ran across wet pavement with total control, and had no problems with a post-rainstorm trail run.

The boots seem to be true-to-size. If you’re using the boots for hiking, and plan to wear a thicker hiking sock, you might want to go a half-size larger. If you’re using a military sock, I’d recommend your true size.

You can buy the boots directly from the Rocky site or from an authorized retailer. I recommend buying from the site, because if you need to return or exchange anything, you can deal with the Rocky team directly. Returns are accepted up to one year after purchase date. If you buy from an authorized retailer, make sure it’s someone you trust, because that’s who you’ll deal with in the event of a return.

On the site, the C5C is $140. This is comparable to similar boots, and actually a bit on the low end. I consider the C5C a good value. Plus, even though most combat boots are expected to last around a year with heavy use, Rocky Boots tends to beat those odds. I hear a lot of boot stories and Rocky Boots is generally acknowledged as being one of the sturdiest brands around.

The boots come in two colors: Coyote Brown and Desert Tan. Personally, I’d like a larger selection. However, until recently only Desert Tan was available. The addition of a second color gives me hope additional choices might appear in the near future.

The company has a uniquely American beginning. In 1932, brothers Mike and Williams Brooks began Rocky Brands in an attempt to brighten their future after barely surviving the Great Depression. The location of their fledgling business was a rent-free factory. They made shoes with borrowed equipment.

In 1958, John Brooks, a nephew of the brothers, took over the company. He didn’t inherit it; he bought it from a third party, after a family dispute. Eventually, John’s son took over the company. That son created the Rocky brand in 1977, with an emphasis on durable, outdoor boots. Today, Rocky Boots is one of the top footwear companies in the entire world, with many big military contracts. Imagine what Mike and William would say if they could witness what their company had become.

My Field Tests, and Dinner

Normally when I review a boot, I take it out into the woods near my house and put it through some field tests. I did that this time, too. The boot performed great in mud, up hills, over rocks and so on. Compared to the C4T, the C5C is far superior, with climbing strength and grip. To be honest, I expected this boot to perform well in the field, and it did.

What I didn’t expect was how much I enjoyed wearing the C5C during my everyday activities. I ran errands in them, went out to dinner with friends and just generally wore them like regular shoes. They really were that comfortable. Plus, they’re fashionable enough to fit in just about anywhere. I didn’t look like a guy wearing combat boots. With my jeans pulled over the boot, the C5C looks like a fashionable street shoe.

So, Are These Tough Boots?

The whole point of the Rocky C5C Boots Review is to determine their toughness. The verdict: yes, they’re tough. Amazingly, they’re also very lightweight. They look great, with a classic, subdued style.

Overall, the boot is lightweight, warm and well-constructed. The C5C has had a long, winding road to creation. But I’m glad John bought the company against his nephews’ wishes, and I’m glad John’s son had the vision of an outdoor boot and the drive to make it happen. These boots are some of my favorite. They’re as tough as the people who first made them. 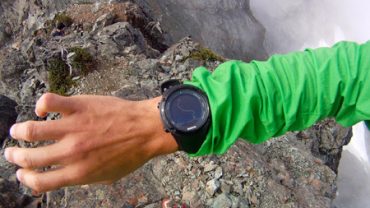