The first model to hit shelves was the S2V. Adapted from a Navy SEAL creed, “Speed + Stealth = Victory”, the S2V quickly became the most popular combat boot in the US Army. Featuring a Vibram sole, an adaptable heel cup, and a generous insole, the S2V became renowned for its prowess in combat and field environments. In our Rocky S2V Boot AR 670-1 Compliant Review, we research every component of the boot from the sole to the laces to help you in your buying journey.

﻿For this review, we’ll start from the ground up to key you in on what makes The Rocky S2V Boot AR 670-1 boots so special.﻿ The sole of this boot doesn't just form to the bottom of the boot. As you can see, the sole wraps all the way around the heel to the toe, providing traction on ropes, slippery surfaces, and sheds loose mud and dirt with each step. The footprint of the S2V has quickly become iconic within the military: Any soldier could readily identify what boot makes this unique print.

The toe and heel of the sole also feature sharp ridging that provides stability when stopping on a steep incline or picking up a step from a knee. The sole is also great for a known challenge in the military: ruck marching. The heavy sole helps disperse the shock of every step into the ground and the wider footprint helps the wearer to keep a wider base both on and off road. Next, we’ll move on to the upper. The upper on the current model is made of full grain leather and a slick plastic material on the inside of the boot that serves to decrease wear from fast roping or airborne operations. The drainage vents are located on both the inside and outside of the boot in the form of small mesh-lined holes to shed water and hot air with every step.

The mesh prevents sand and debris from getting in the boot during waterborne or desert operations. However, since the upper is constructed from genuine leather, don’t expect your feet to be dry soon if you've soaked them. The drainage vents are adequate but even during winter months I found that a lightweight sock was more than enough to keep my feet warm.

In summer months, especially if you’re deploying to a hot environment, keep some Fox Rivers handy or you’ll be pouring sweat out of these boots during recovery. Rocky also makes a cold weather version of the ﻿S2V that is Gore-Tex lined﻿ but unless you call Ft. Wainwright, Ft. Drum, or Ft. Richardson home I doubt you’ll need the cold weather model. Next, on to the laces. Rocky has gotten some flack over the speed lacing system, and some of it has been well deserved. The eyelets near the toe of the boot are metal ringlets and move to a hook shaped speed lace system above the ankle. I will give Rocky credit for designing an excellent speed lace system. One quick pull on the laces and the boots are firmly hugging your feet, ready to crush a 12-mile ruck or conquer the mountains in Dahlonega. However, the stock lace material leaves more to be desired. In over two years of field use I’ve gone through more laces than I can count just on these boots. Even 550 cord gets worn down after repetitive loosening and tightening through the speed lace system.

For the inside of the boot, Rocky hit the nail right on the head. Blisters are less of an issue for me wearing S2Vs. The inner lining of the boot is made of a soft fabric that is extremely comfortable, even in 100 degree+ temperatures. Even if you wear them for days on end and don’t change socks, no blisters. The tongue is gusseted into the upper of the boot and allows little to no slide around the top of the boot. The boot is so secure that I feel like I’m wearing little tanks for shoes.

The insole is also among the best in the market. Unless you wear custom orthotics, the factory insole will serve you well. The only issue I had with the sole is that it can be worn down quickly under heavy use. This is probably due to how soft the insole is, but it caused me no issues either way.

Here is a video review of the Rocky S2Vs

The only major problem this boot has caused for anyone is among those who have naturally low arches in their feet. The S2V has been known to cave in arches among some wearers, but if you switch out boots then they’ll return to normal in a few days. Just be warned that if you’re wearing S2V’s and you notice that your arches are collapsing, switch pairs for a few days so you don’t expose yourself to further injury. All in all, this is one of the most fantastic pieces of footwear I’ve ever owned, and even after years of solid use, the S2V performs and looks great.

The price tag has increased a little over the years, and the S2V will run you about $200 no matter where you buy it. The newer jungle model is a little more expensive and is a great boot, but deserves a review of its own. Rocky has also announced plans to completely revamp the sole of the boot next year with a more defined heel for air assault and fast rope operations. 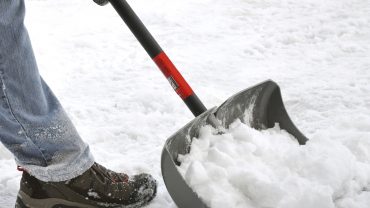