One of the last jobs that I did before retiring from the service was training to become a Joint Terminal Attack Controller commonly known as a JTAC. These guys probably have one of the coolest jobs on the list of cool jobs. They get to bring in the “Boom Boom”. In clearer terms, they have final release authority on munitions (bombs) that are dropped from aircraft.

They tell the pilots where and when to put the bombs “On Target” as they would say. Now this is a pretty selective group of people that understand the battlefield geometry from a three dimensional prospective and they make life and death decisions every single day in combat. If they make one error innocent people could die.

This video brings comedic clarity to the situations that JTACs find themselves in daily.

Constantly on the move and changing commanders all the time can make for odd situations involving fast moving aircraft and thousands of pounds of explosives hitting a target the size of an outhouse. Oh yeah, and let’s not forget that sometimes this all happens at night where no one can see squat.

As I’m watching this video I can’t help remembering stories exactly like this video and how the higher ups didn’t really care how it was done when they wanted a target to disappear. Sometimes it does matter how it’s done and these are the guys that can get it done right the first time. 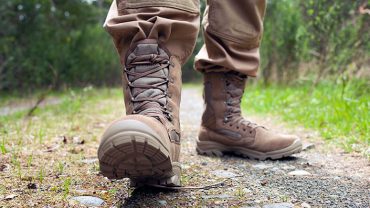