If you’re not often outdoors or far away from where you can get good cellular service or internet, you probably never think about how useful a radio that is not run via the internet can be. And if you’re living in a city, or anywhere near a sizable population, or if you’re anywhere near your car, you are not often going to have to worry about whether or not you have access to your radio.

But there is still a use for the classic portable radio, especially if you are spending a lot of time out and about in the wilderness. A radio is a great way to keep up with the news, especially if you’re somewhere that doesn’t have a dedicated cellular signal that you can easily use. While you can only pick up an FM (frequency modulation) wave at a distance of around 50 to 60 miles, you can pick up AM (amplitude modulation) waves at a range of 100 to 300 miles away from the source of transmission.

This means that if you are out in the wilderness, trying to hear the news about what’s going on back in civilization or simply looking to find out what the deal is with those ominous looking clouds that are fast approaching you from the horizon, you will be able to get an answer from the radio, should all else fail.

Indeed, if you’re out on your own or with a small group out in the middle of nowhere hiking, a radio that can pick up both AM and FM frequencies can be a very useful tool indeed. If you’re high enough and with a view that is fairly unobstructed, you may well be able to get a radio signal from 300 miles away, but even if you’re deep in a forest, you should still be able to pick up some sort of signal.

This brings us to the Sony ICF-SW7600GR AM/FM radio. You can find one that is digitally operated, or one that is operated via the old analog knob system, but for the sake of this review, I will mostly be talking about the digital one. I have to say, I thought it was a hassle trying to find a radio signal with the knob back when I was a kid trying to listen to Howard Stern, and it hasn’t gotten any more fun as time has gone on. If you want to save some battery life, you might find that the analog radio is a bit more to your liking, but for the purpose of this review, I’ll be looking almost entirely at the digital radio, as I stated.

Is it a Good Radio? Of course, the first thing that you want to know when you are looking at buying a radio is how well it will actually work as a radio. Thankfully, the Sony ICF-SW7600GR radio is a good one that can be used almost anywhere around the world. It picks up AM and FM frequencies, including short wave, medium wave, and long wave frequencies. In other words, if you take this radio almost anywhere that they have functional radio transmitters (and that is almost the entirety of the world at this point), there are not a lot of places that you will be where you cannot pick up some sort of radio signal.

It is equipped with the usual antennas for picking up the signals, too. For those who are trying to pick up an AM signal or a long wave signal, it has the ferrite bar antenna built right into the radio. If you’re trying to use the FM or short wave frequencies, you have the usual telescoping antenna that has been in use for decades. These may not be something that is revolutionary, but they work, and if you’re carrying a radio for emergency information or to be able to hear the weather report, this is definitely something that will be of benefit to you.

A nice touch is the ten-key direct access tuning, which is designed to allow you to pick up distant stations, even if you may not be close enough for your radio to auto-detect the station. Using long wave radio, for example, and the ten-key direct access tuning, you could pick up the BBC broadcasting all the way in the United States. The record for picking up a long-wave transmission, incidentally, is something like 18,000 miles, so if you’re looking to be able to pick up a radio frequency, and if you know that it transmits a long wave frequency, you will be able to use this radio to access it.

I have a few friends who like to use ham radios, and they have said that this radio gets as good reception as their ham sets, assuming you buy the additional whip antenna.

How is the sound quality? Well, the radio is basically half speaker, so it can put out enough volume for you to be able at the very least hear (and understand) what people are saying. It gets loud enough that you will be able to hear, even in the midst of a storm, and it has a nice 3.5mm jack, so if you bring along some ear buds or headphones that still work on the old jack system and not on Bluetooth, you will be able to plug those in and better hear the radio.

For those of you who are looking for the technical information about the frequency range, I will leave it here. It picks up all FM frequencies from 87.6-108MHz, and it can pick up all frequencies AM, long wave, medium wave, and short wave, from 150-29,999kHz. In other words, it can pick up the vast majority of frequencies that you could ever want to pick up, no matter where it is that you are. So, if you’re looking at buying this radio, whether you intend to use it as an emergency radio in your home or car, or you intend to take it along with you when you go hiking out in the middle of nowhere, you’re probably wondering how portable it is. After all, you will feel every ounce that you are carrying at some point, and the lighter you can keep your pack, your gear, and your kit, the happier your legs and your back are likely to be about it. Plus, the more space being taken up by something like this radio, the less space you are dedicating to clothing, food, or water, or other survival essentials that may seem more immediate in need.

Well, luckily, the Sony ICF-SW7600GR radio is very portable, as far as powerful radios go. It weighs about a pound and a half, which is less than most military and police radios weigh, and it is 7.5 x 4.8 inches, and 1.5 inches thick. That means that it is about the size of a book you might have picked up at the local airport to kill some time on the trip, and probably not even as thick as such a book, and it can fit in your pack easily. Heck, if you’re wearing military-issued camouflage, you can even carry it around in one of the cargo pockets.

There’s also another important part to portability, though, and that is the question of how you can keep it powered on the go. You can’t just expect that everywhere you go, you will be able to have access to some sort of power supply which you can run the adapter to. Luckily, you can operate your Sony ICF-SW7600GR with the use of AA batteries. This is nice not just because they are so very easy to move around, but because it doesn’t require that you buy some sort of insanely hard-to-find battery. A lot of portable radios, especially those with powerful range, tend to require that you either have specific battery types that are rechargeable, or ones that you have to special order.

This lovely radio from Sony just requires that you have four AA batteries, and that’s it. You can get a massive pack of batteries at your local department store, grocery store, or even at a gas station, and you’re good to go.

Depending on the volume you’re operating your radio at and various other considerations, the four AA batteries should be able to power it for up to 47 hours of continuous use. Of course, if you’re using it for continuous use, you’ve got the idea of an emergency radio very wrong, but if you bring along a 20-pack of AA batteries, that’s ten days of continuous radio use (plus another two days for the batteries that are already in the radio).

How Sturdy Is It? While the radio is made to last, that does not mean that it is specifically made for an ‘on the go’ lifestyle. It isn’t made to withstand a lot of abuse. It is not shockproof, and it is not made to be able to survive a fall or anything like that. You will have to be careful with how you pack it, and where you position it in your pack, if you want to make it last. That’s not to say that it is as delicate as a glass rose or anything like that, but trust me when I say that you don’t want to beat on it. Remember; just because you’re using it as an emergency radio, that doesn’t mean it actually IS an emergency radio.

It’s also not waterproof. You will need to make sure that, when you are on the move with it in your pack, you do something to waterproof it. This can be as simple as wrapping it in a couple of plastic bags or as complex as purchasing a mini Storm-Hardigg case and then putting the radio in there, but you will want to do something to keep it free from water, especially if you are spending a lot of time in an area that often experiences extreme waterfall or the like.

Is It Worth It?

The real question for me, as I’m sure it is for you, is always this; is it worth the money? Is it a good value for the money? Sony has a long history in the radio game (and in electronics in general), and they tend to make quality products. It’s also always nice, when you’re buying electronics that you need to be able to depend on, that you be buying something from a brand that has a known name and that has decent customer service, and Sony fulfills both those requirements.

This radio is definitely worth the money, not just because it will work so well, but because it can be operated by battery, its range can be extended with additional parts, and because it is capable of working on even long wave frequencies. Definitely a good purchase for anyone needing a great radio. 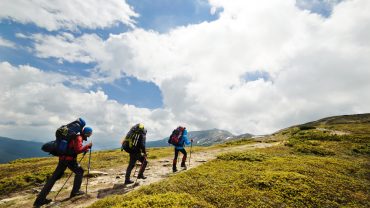