Suunto Core Wrist Watch (Review): Are you an outdoor type of person or fond of hiking, biking, camping or in need of a reliable watch while serving your country in the military? Well, Suunto Core Wrist watch is definitely something that is best for you and I will tell you why exactly.

As of 2015, the newest edition of Suunto Core now has one daily alarm. The latest model is now available in Ultimate Black, Regular Black, Glacier Grey, and all black as the listing price remains at $300. The Core functions with the altimeter and barometer linked together. It measures elevation in either 3 foot or 1 meter intervals compared to other watches with 20 feet or 5 meters.

When you stop gaining elevation for a while, such as sleeping, the watch realizes and any barometer pressure changes as what they are and not any elevation gain.

This is a pretty decent and effective feature as it works most times during any real world tests. As the complete watch, it might have had the second most accurate altimeter compared to the more expensive Ambit2. The Core wrist watch has an altitude log. While this may not seem like such a big deal, this is one of their most-used features of the watch. The Core ill log your total ascent for up to seven days, with descent and number of runs.

For the ultimate skier, this watch logs how many laps you take while hikers can log their true vertical height gained.

The Vector has a 24-hour log that will store up to 100 logs total; with Pathfinder models can barely hold up to 40 logs. The Core also has a graph for showing both altitude and barometric pressure trends that is likely to be the best this year. The down side of this feature is that it does take several menu pages to pull it up which takes a bit of time to get used to.

Ease of Use and Interface The Core is very similar to the new Ambit2 which uses a different menu patter than the old version Vector. This means people upgrading their watch will have to relearn how to use their watch properly.

Once you get the hang of it, the Core menu is much easier to understand as the menu items are more clearly levelled. You can have three pieces of information displayed all at the same time. One major upgrade the Core has over the Vector is an extra added button to navigate through the menu and function options. Similar to its competitors, the Core features a compass with adjustable declination. You can also set it to help you record and follow any compass bearings.

For those of you who are into more serious off-trail travel, this is fine for people who just need it for a general point of reference in direction. The benefit of having a compass compared to a GPS navigation system is that a compass will work even in areas where GPS satellites are not in sight. The display is one weakness for the Core watch. With high intensity light conditions (such as being on a glacier for example), and/or with dark glasses, screen is a bit more difficult to read compared to other similar models. The display is extremely easy to read and switching functions is function able even when wearing gloves.

With readability aside, I like the overall layout of the menu icons on the Core with its highly capable large screen with big and easy-to-read numbers to quick viewing. Though I wish this watch would offer both black on white, negative options for the display like their Ambit2 GPS altimeter watch. Just like the Ambit2 and Vector, the Core has thermometers good from -5F up to 140F compared to other models, which only range from 14F to 140F. With this feature, all watch must be removed for some time in order to get an accurate reading for your body heat to completely dissipate from the device. IF you are looking for a weather forecast that extends for a few hours, you can use the built-in weather indicator.

The indicator shows the barometric history taken from the last three and six hours – helping you to predict any sudden weather changes. Though it doesn’t give a regional forecast posted earlier in the day, the Core watch provides the most recent information about the weather directly overhead.

The base sound on the alarm may seem a bit low but with a little tweaking, the sound of the alarm can be increased to meet your needs. This feature may not be useful for heavy sleepers who don’t wake up even if an earthquake occurs. The Core watch has a 30m/100’water resistance rating, which generally is not acceptable for scuba diving, though many have taken this watch to 50’depth without any issues.

The depth meter isn’t exactly accurate though it can be used as a bottom time.

The altimeter reads up to 30,000 feet but will also register down to 30 feet underwater, as it is water resistant down to 100 feet. The Core Watch includes a barometer which ties in with a storm alarm that warns of a sudden decrease in air pressure.

This is the final part of the Suunto Core’s central Altimeter and Barometer tab, with an added compass on one side and time on the other. This model can be easily toggled as it is only a single button touch to lock the current running screen – which is really a useful feature.

What I like about this Core watch is that it tells me about the weather condition as well as the temperature no matter where I go. With Suunto Core’s barometer and storm alarm, there’s no longer a worry about when to head out or go home from work with fear that it might rain. The watch usually notifies at least half an hour before the rain starts to pour. It is also able to tell when the sun will rise and set.

Another favourite feature I like is how Suunto Core tells me how high I actually am from the ground with its altimeter. Any trip overseas is enjoyable now. I am also able to know my direction with its compass.

This feature will come in handy especially while travelling or on duty. The watch is absolutely waterproof, which is great for those who snorkel or do water training.

I like how I can change the strap of the Suunto Core with a stylish or colourful one without having to risk any compromise of its performance. I enjoy the style and lightness of the watch too.

The downside to the Core is that this watch is also one of the most expensive non-GPS watches rated at $300 which is $100 more than the Suunto Vector or Casio Pathfinder PAG240-1. A major drawback for this watch is that it does not have GPS navigation to assist with going to certain areas while outdoors, but with the built in compass feature isn’t exactly necessary since the compass works great for getting around in the outdoors.

What I didn’t like is that you have to go through three or four menu pages just to adjust the altitude, while the Vector watch simply requires a single hold down button in altitude more to adjust the altitude. Suunto’s Core watch has a large face. The size of this watch may seem close to overpowering though due to the construction process, the whole watch in general is quite light. The Core watch is one of the few altimeter watches you can use while shallow diving as its waterproof feature is strong enough to take down to 100 feet, though it will only tell you your accurate depth to 30 feet. While this may not exactly be a “must have” feature, the Core has sunrise/sunset times which you can access by selection your current location. As a positive result, you can track the sunset/sunrise times and set alarms accordingly.

The Suunto Core watch displays elevation in 3 foot intervals while most competitor brands show elevation in 10-foot intervals. The altimeter/barometer function on the Core is by far the best I’ve seen and used. This watch basically calculates any long-term trends to give you a more accurate reading. IF you compare this watch to the Tissot T-touch, it will not only save a few hundred dollars on the purchase price, but will also find the Suunto to be easier to use as well. The strap itself is unique to this particular design, and has non-standard threaded lugs. A replacement strap will need to be designed specifically to fit this watch especially for those who aren’t much of a fan of resin watch bands in general. The original stock resin band does actually fit well and looks appropriate with this style watch. The thermometer works great, however we must keep in mind that in order to get an accurate reading you need to remove the watch and set it aside for at least 15 minutes, as your body heat will definitely impact the most accurate reading.

Here's a video of the Suunto Core Wrist Watch for more information and review.

The watch altimeter is great as a tracking backup when you don’t want to carry around extra equipment. The compass does its job as to be expected, though this feature does drain the battery out very quickly. Reviews say that the Core sub-displays are a bit too small. This makes it hard for runners as it’s almost impossible to read accurate elapsed time. Many suggest Suunto should make a clearer screen display as there are many important features to get right when so many features are needed on the watch in terms of safety, especially when in the mountains.

With a little research on the web review, some unhappy customers with older watch versions were very vocal on some problems they have experienced while using this watch. What’s interesting about this watch is that it is very simple and easy to use. You probably wouldn’t expect that from a watch that has this level of functionality.

The Suunto Core Watch could be found on the market for around $300 more or less. Though this watch may seem a little expensive for some people, when you consider the features it has such as the compass, altimeter and barometer, as well as an alarm and timer, the price actually seems quite fair. This makes it reasonably attractive to consider as a military watch.

With all the provided features the Suunto Core Wrist Watch has, it is worth the price of $300. The price may seem a bit costly, but I guarantee the features are high tech, as if you carry a computer around your wrist. It is important to keep in mind that the altimeters read off of atmospheric pressure and not from a GPS so it is reasonable to see some sort of fluctuation while reading it. The barometer in fact, reasons the same as a home weather station which gives me confidence that this reads accurately as well.

From a fit and functionality standpoint, it’s an excellent watch to purchase. This is the best watch for those who spend their time travelling, adventures, and sports, along with service men and soldiers. I highly recommend this watch to anyone who greats a great deal of time outdoors, or might find themselves in a situation where you must be aware of the weather or need a compass in a survival situation. 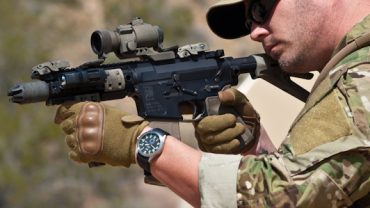