If you want to take impressive photos next time you take to the great outdoors, these are the point and shoot cameras you need to pay attention to: This is probably the best point and shoot camera out there. It features a Micro Four Thirds image sensor, offering almost double the range of most of its competition. At 12.8 megapixels, this camera could have better image quality (and later versions probably will), but at $689 the Lumix really provides the best value for the money of any compact camera in 2016. Sony's DSC-RX100 has been at the top of the point and shoot market for a long time and this newest version is no different. It features a whopping 20.1 megapixels, 4K video and a higher resolution LCD screen. If you've purchased previous versions, you'll also notice that this camera is significantly faster than its predecessors. Unfortunately, all the lovely features in this compact camera are going to cost you a pretty penny.

This camera regularly sells for ~$948, a hefty investment for a compact camera. Still, if you want to make the investment, you won't be disappointed with this camera. This camera features a quick f1.8-2.8 lens which does particularly well in low levels of light—an important factor for many people—and a multi-angle LCD screen which makes it easier for you to see exactly what's going on. It also comes with some extra manual controls that allow you to get really creative with your photos. If you're looking to take truly excellent photos this 20.1 megapixel camera is an excellent choice, but it isn't so great for people who want to shoot videos. In fact, this versatile model is also recommended by vloggers as a fantastic option for in-home filming. Unlike the other cameras listed so far the G5 X does not come with 4K video, featuring a maximum video resolution of 1080P. At the top of the midrange sits the Ricoh GR II, a 16.2 megapixel camera with an impressively large sensor—the largest on this list. You can also get upgrades such as faster shutter speed and built in WiFi. For $570, this camera provides incredible quality. It also happens to be the most compact camera on the list, weighing only 8 ounces.

The only drawback of this camera is the fixed focal lens which has a zoom equivalent to 28mm on a 35mm camera. This zoom setting is excellent for travel photos and landscape pictures but it isn't suitable for everyone. FujiFilm is one of the most trusted brands in compact cameras today and the X30 is by far their best offering. With a zoom range of 28mm-112mm and a fast f/2-2.8 lens this camera is good for a range of travel and street photography. The X30 also features RAW capability, producing stellar images. Its video is only 1080P, but this is sufficient for many short videos. An electronic viewfinder is the final feature photographers will love and a feature rarely found on cameras in this price range. Regularly sold at $499, the FujiFilm X30 provides excellent value for the money. You won't regret a single dollar spent.

A good point and shoot camera is a great investment for anyone who wants to get into photography or a professional who wants something easy to carry and more capable than their phones. Make sure you read as many reviews as possible to decide which one of these cameras is right for you. 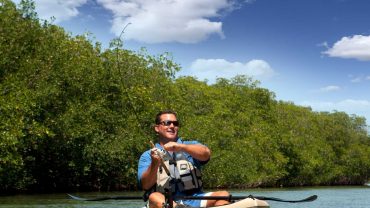